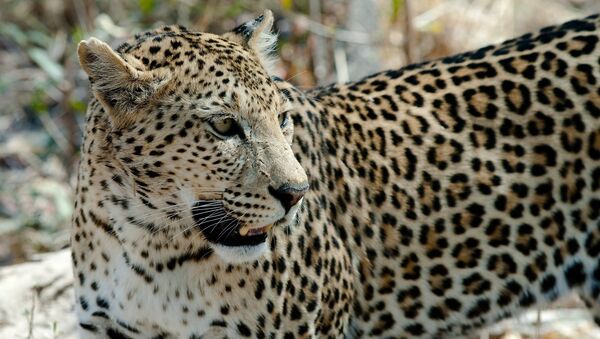 CC0 / /
Subscribe
International
India
Africa
A simple task of looking for a camouflaged leopard in a picture has left hundreds of social media users scratching their heads.

The author of the post asked viewers not to write the answer so that others could look for the big feline themselves. However, some users posted a photo with the animal circled. There were also users who claimed to have discovered the leopard right away.

Someone just sent this to me and asked me to find the leopard. I was convinced it was a joke... until I found the leopard. Can you spot it? pic.twitter.com/hm8ASroFAo

​The animal 'merged' with the rocky terrain due to his spotty pattern. People were amazed at the leopard's camouflage, and several people suggested that these were stones and there was nobody in the photo.