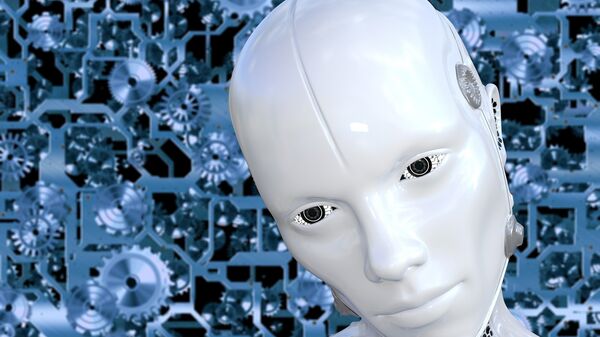 CC0 / /
Subscribe
International
India
Africa
The Conservative Party is holding its conference in Manchester this week. Last week the opposition Labour Party set out a string of promises for what it would do if it won the upcoming General Election in the UK.

One of Labour’s boldest promises at their annual conference was to reduce the average person’s working week from five days to four, or from 40 hours to 32.

Paddy Bettington, a spokesman for the Labour 4 Day Week Campaign, said: “People will not just spend more time sitting around doing nothing. For most people it will be an opportunity to spent more time with their families, their kids.”

​He said: “We should work to live, not live to work. Thanks to past Labour governments but mainly thanks to the trade union movement, the average full-time working week feel from nearly 65 hours in the 1860s to 43 hours in the 1970s….but since the 1980s the link between increasing productivity matched the expanding free time has been broken. It’s time to put that right.”

Mr McDonnell then announced: “The next Labour government will put in place the changes needed to reduce average full-time hours to 32 a week within the next decade. A shorter working week with no loss of pay.”

But the Confederation of British Industry (CBI) reacted negatively to Mr McDonnell’s proposal.

​Carolyn Fairbairn, the CBI’s Director-General, said: "Business shares the Shadow Chancellor's aim of a fairer economy. But too many of Labour's policies would make this harder to achieve, harming the very people they are trying to help.

"Who would turn down a four day week on the same pay? But without productivity gains it would push many businesses into loss.”

Mr Bettington said the CBI’s argument was contradicted by the facts.

Mr Bettington said the reduction in hours would not be achieved overnight but would be gradually introduced over 10 years and small businesses would receive help, just as they had with the introduction of the minimum wage in the late 1990s.

​He said: “I went down to a four-day week a few years ago. I did some volunteering and then I began studying part-time and a lot of people will do that and continue their education.”

Will Stronge, co-director of the think tank Autonomy, wrote an article in The Guardian earlier this month where he argued: “The ‘second machine age’ is now upon us and the question of working time is quite rightly being raised once again. With driverless technology breathing down transport workers’ necks, software bots replacing the admin work of white-collar staff and advanced AI set to impact many other sectors, there is wide acknowledgement that nothing short of a radical industrial strategy is required.” 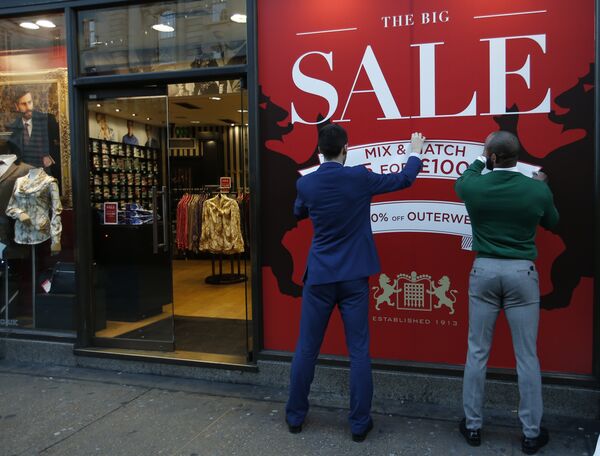 Two shop workers fix a sale sign onto their shop window on Regent Street in London, Thursday, Dec. 24, 2015. In Britain Dec 26, known as Boxing Day is the traditional start for shops to start their big sales of old stock
© AP Photo / Alastair Grant

Labour’s policy drew heavily on a report by Lord Skidelsky, one of the world’s leading experts on Keynesian economics.

Skidelsky’s report says: “Automation - the use of technology to make a process happen automatically - brings about an increase in output per unit of effort. As a result it should, in theory, ease the burden of toil, bringing about shorter hours of work. This indeed has been happening since the Industrial Revolution. But hours of work have not fallen spontaneously, and more recently have stopped falling at all, even though automation has been advancing. Rather, automation is often viewed as a threat to jobs and existing income levels. The reversal in trend towards shorter hours brings out the point that whether automation turns out to be a blessing or a curse depends on the speed and conditions of its ‘roll-out’, and the distribution of wealth, income, and life chances which accompany it. These are, or should be, matters of social choice.”

​In recent years several politicians on the left, notably Bernie Sanders in the United States, have argued that automation will lead to less and less full-time jobs for people and that the state should introduce a Universal Basic Income (UBI).

Mr Bettington said: “I’m fairly supportive of the idea of UBI but it’s not a replacement for work. It’s to give people a certain amount of freedom, an income floor below which people cannot go below. It wouldn’t be directly linked to the hours you work.”

He said the reduction in hours over the last 150 years has been partly as a result of new technology, which allowed tasks to be carried out more efficiently.

Mr Bettington said: “Automation is becoming more advanced and invariably that means that less work needs to be done.”