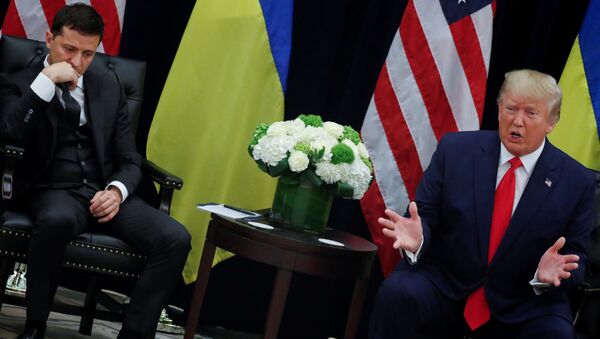 Republican senators have come forward throughout the past week to criticise the credibility of the whistleblower who filed a complaint against President Trump regarding corruption and the president's phone call with President Volodymyr Zelensky of Ukraine.

The Republican lawmakers claim that the whistleblower did not have access to any firsthand knowledge of the conversation and suggested he may have had a political agenda.

Senate Judiciary Committee Chairman Lindsey Graham said, following a readying of the whistleblower’s complaint, that it “makes me more suspicious about how all this happened”.

“I want to know who was the person that went to the whistleblower”, he said.

“This was a fairly sophisticated effort to write a narrative rather than blow a whistle”, Graham added.

Senator John Cornyn from Texas said last week that "it doesn’t come from a person with personal knowledge. It’s like I heard these people say this, and now I’m reporting it. I think that is pretty bizarre."

“Secondly, after a certain point, it doesn’t just allege facts, it really is kind of a dossier or political diatribe, so I think there are plenty of reasons to be skeptical. Having said that, we are in the process of talking to the director of national intelligence and the inspector general”, Cornyn said.

The White Houses responses to the allegations against the president were also revealed last week as reported by the Hill, showing that the president intends to shift scrutiny to the whistleblower and argue that the “real scandal” was the leaking to the press of the president's confidential conversation with a foreign leader.

However, some Republican lawmakers over the last week acknowledged that the released transcript of conversations between the US and Ukrainian leaders was potentially damaging.

Utah Senator Mitt Romney described the release by CNN as “troubling in the extreme”, and Senator Ben Sasse, in spite his recent endorsement of the president for a second term, said “there’s obviously lots that’s very troubling here". The barrage of defences from Republican politicians, many of whom are reliant on Trump's popularity to secure their own positions in the 2020 elections, comes as House Democrats launch impeachment proceedings against President Trump.

Trump is facing impeachment over calls he made to the president of Ukraine, the transcripts of which having been released by the Justice Department last week, which allegedly show the US president putting pressure on Ukraine by removing military support from the US in order to gain information on corruption by former Vice President and 2020 Democratic presidential hopeful Joe Biden and his son Hunter Biden.