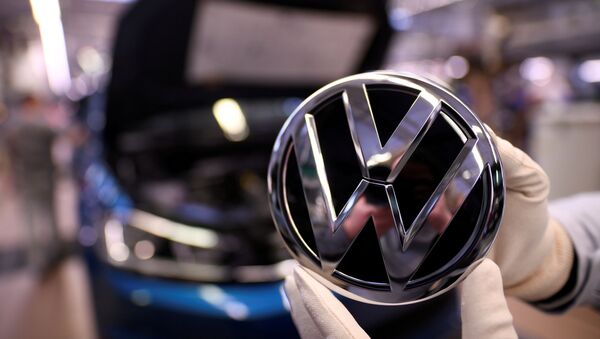 The collective lawsuit is related to claims about Volkswagen cars being equipped with exhaust-gas manipulated diesel motors, a scandal that has reportedly already cost the German carmaker $32.8 billion in damages since 2015.

About 446,000 German car owners have already signed up to a class action lawsuit against Volkswagen (VW) over emissions test cheating, the country’s Justice Ministry reported on Monday.

The document was initiated by the Federation of German Consumer Organizations (vzbv) and ADAC, the country's largest motoring club.

The lawsuit was lodged ahead of the Braunschweig Higher Regional Court’s hearing related to VW customers seeking refunds on the full purchase price of their cars.

VW have revealed how their cars actually run once the ‘Dieselgate’ software has been removed... 😉 pic.twitter.com/x9nGx3DpnT

This was preceded by the German parliament paving the way for the introduction of a US-style legal framework into law in November 2018, when lawmakers adopted the so-called Musterfeststellungsklage, or Model Declaratory Proceedings.

The lawsuit pertains to VW’s alleged diesel emissions manipulations which were disclosed in 2015 and which may affect about 11 million VW cars across the world, including 2.4 million purchased in Germany.

At the time, US regulators reported about the so-called defeat devices in VW cars so that they could be in line with emissions guidelines during tests despite the fact that the vehicles emitted much higher levels of environmentally unfriendly exhausts during normal driving conditions.

VW, in turn, rejected claims that its cars, including subsidiaries  Audi, Seat and Skoda, has been equipped with exhaust-gas manipulated diesel motors of the EA 189 type.

“It is hard to imagine that any settlement will be concluded,” the company said in reference to the lawsuit, adding that it excludes paying out hefty sums to the customers.

Earlier, German law firms, such as Dr. Hoffman and Partners in Nuremberg, warned the verdict of the Braunschweig court would be “of little use to the individual plaintiff”.

“At best, they will only see their preliminary questions on consumer-related matters clarified […] and will not receive any money for a long time,” the firms argued.

Frank Witter, VW Group board member responsible for finance, has meanwhile insisted that the 2015 Dieselgate has already cost VW at least $32.8 billion in damages, including fines, compensation, buybacks and refits.