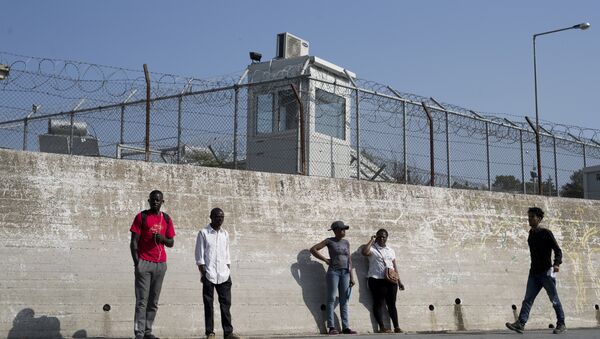 A fire broke out on Sunday at the Moria migrant and refugee reception centre on the Greek island of Lesbos, leading to the death of a woman and a child, according to the media outlet France 24.

According to reports, five people were injured and sent to hospital after the clashes.

"The situation is tense," Lesbos Mayor Stratis Kytelis said. "There is information about a dead mother and her child. We haven't been able to confirm that yet."

​The fire, according to police, began around 4:45 p.m. Several migrants set fires at a container in the centre where the refugees live. Migrants attacked the firefighters and did not allow them to put out the fire.

​After that, the migrants tried to release those who were in custody for various violations. The police used tear gas and stun grenades.

​In the evening of the same day in the camp there were group clashes between migrants of different nationalities and religions, as thousands of people tried to leave the camp.

Currently, more than 12,000 people live in Moriah. Moreover, the camp is designed for a maximum of three thousand migrants.