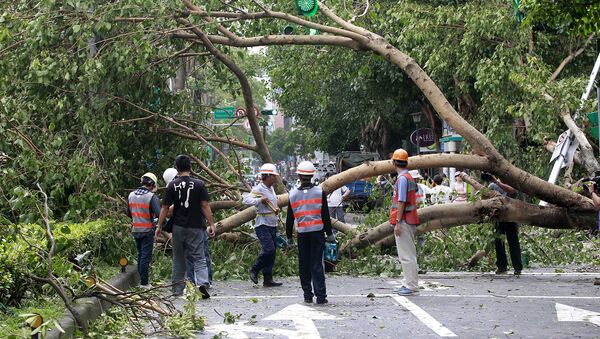 BEIJING (Sputnik) - The Taiwanese Central Weather Bureau issued a warning on Monday amid the Mitag typhoon, which is approaching the island.

According to the forecast, the typhoon will reach the northern and north-eastern coast of the island on Monday evening.

The storm is moving toward the northwest with an average speed of 27 kph (16 miles per hour). The approximate wind speed at the landfall may reach 162 kph.

The local authorities in the northern parts of the island including the city of Taipei issued an order to close kindergartens, schools, state and financial institutions on Monday.