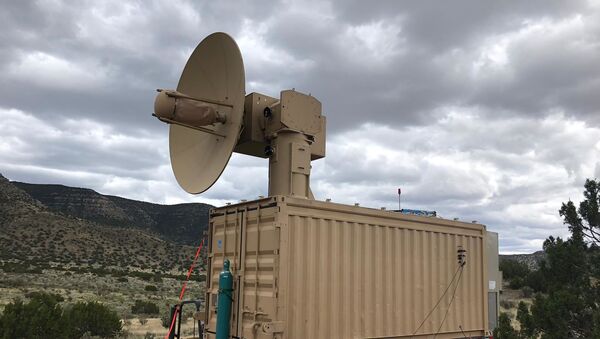 Tim Korso
All materialsWrite to the author
Several experts have recently indicated that the American Patriot systems stationed near Saudi Aramco facilities failed to repel a swarm drone attack on the refineries on 14 September due to not being designed for such tasks.

The Air Force Research Laboratory (AFRL) has successfully tested its most recently developed piece of hardware – the Tactical High-power Operational Responder, or THOR, which is designed to take down several unmanned aerial targets, often referred to as a drone swarm.

The AFRL noted in its official statement that the weapon is expected to solve the problem of defending military bases against swarm attacks, which are currently hard to repel using ordinary US-made defences.

"[THOR] should cause those with nefarious intentions of using drones against United States forces at US military installations at home or overseas to think twice about such actions", the official statement read.

Instead of missiles, bullets or lasers, THOR unleashes a powerful electromagnetic strike that can defeat "multiple targets" without the use of any kinetic forces. The system doesn't have an imposing look to it, as it's essentially a power bloc with electronics hidden inside a 20-foot (6-metre) large shipping container with a large antenna attached to it. But THOR's size still allows it to be easily transported, for example by a C-130 military transport plane.

The god of thunder would be proud to hear how our team is dealing with small unmanned aircraft systems.

They're doing it, with THOR: https://t.co/r9bF9NqaYC#AFResearchLab #THOR #UAV #Defense pic.twitter.com/DqPXejoDTD

The system’s development and initial testing took 18 months, which is not long for such weaponry, and costs only $18 million.

The need for such weapons became more acute after the recent attack on oil facilities in Saudi Arabia, one of the US key Middle Eastern allies. The refineries were reportedly being protected by at least two Patriot missile systems, but these failed to repel the combined missile and drone swarm attack on 14 September, which crippled Saudi oil production for days.

A source in the Russian Defence Ministry expressed an opinion that the Patriots had failed to fend off the attackers due to their low efficiency or due to a discrepancy between their declared and real capabilities. 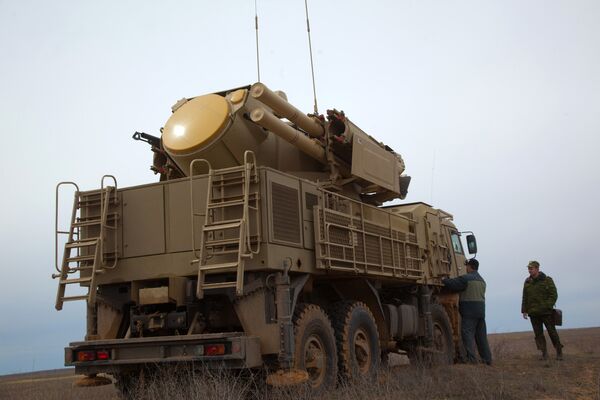 Former Director of the Israel Missile Defence Organisation Uzi Rubin, in turn, indicated that the Patriots have trouble detecting objects flying "below the horizon" and suggested that such a "gap" could be filled with the use of Russian Pantsir S1 (NATO reporting name SA-22 Greyhound) systems with dual 30 millimetre automatic cannons equipped with infrared direction finders. He noted that the Pantsir has managed to successfully fend off multiple drone swarm attacks against Russia’s Hmeymim base in Syria.