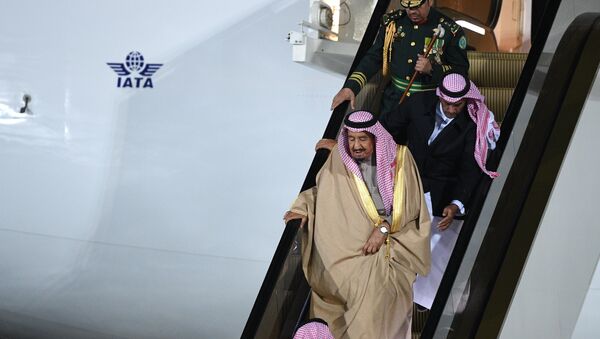 © Sputnik / Valeriy Melnikov
/
Go to the mediabank
Subscribe
International
India
Africa
The details of the altercation haven't been released yet, as the Saudi authorities have yet to comment on the incident, which occurred in Jiddah.

A prominent bodyguard to King Salman, Maj. Gen. Abdulaziz al-Fagham, has been shot and killed in the Red Sea city of Jeddah in what authorities referred to as a personal dispute, Saudi state television reported.

Gen Abdel Aziz al-Fagham was visiting a friend when he had a row with Mamdouh bin Meshaal Al Ali on Saturday night, according to a police statement, which added that at some point, Ali left the house to return there with a gun and then opened fire. The offender was shot dead after refusing to surrender to police, the statement said, while Gen Fagham died of his wounds in hospital. Overall seven people were injured in the altercation.

Al-Fagham was "the bodyguard of the Custodian of the Two Holy Mosques," the honorific given to Saudi kings, as stated in a one-sentence tweet posted by a state television channel. The post spawned comments with Saudis' condolences for al-Fagham, with netizens publishing pictures of him similarly guarding late King Abdullah.

It's a sad day in #Saudi
One of our heroes has passed away today.. Major General Abdulaziz Al-Fagham, the protector of the Kings.. the whole Kingdom loves him.

The details haven't so far been revealed, as the country's Interior Ministry has yet to comment on the matter.