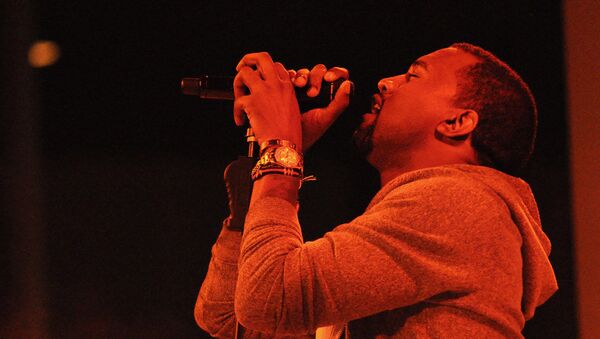 Jesus Is King, a new album from US rapper Kanye West, is scheduled to be released on Sunday, and a select few have heard the album in private listening events in which recording was completely restricted.

US rapper and music icon Kanye West now claims that from this point forward he will only make "Gospel music", according to a Chicago music promoter who claims that they heard Kanye make the comment.

Andrew Barber, the owner of music media company Fake Shore Drive, reportedly heard Kanye say "Only Gospel from here on out" while attending a private listening event prior to the new album's release.

Kanye also announced that he is no longer making secular music. Only Gospel from here on out.

Just heard Kanye’s new album Jesus Is King and saw the accompanying film. My favorite track is the last song and it features the Clipse. Both Push & No Malice. Kenny G is also on it. “New Body” has been cut from the album.

Here is the art pic.twitter.com/u87FLTDhZO

​West reportedly made the announcement on Saturday, during a listening party in Chicago for his new album title "Jesus is King: A Kanye West Experience".
Kanye's wife Kim Kardashian tweeted the track list on Saturday, many of which appear to have religious themes in the titles.

​Kardashian told "The View" earlier this month that the new album was influential in West's conversion to Christianity.

"Kanye started this to really heal himself and it was a really personal thing, and it was just friends and family”.

This is not the first time the rapper has claimed on one of his albums had a religious overtone, after also claiming in 2016 that his album The Life of Pablo was a gospel album.