'Not My Friend': Bernie Sanders Slams Pompeo for Meeting With 'Destructive' Henry Kissinger 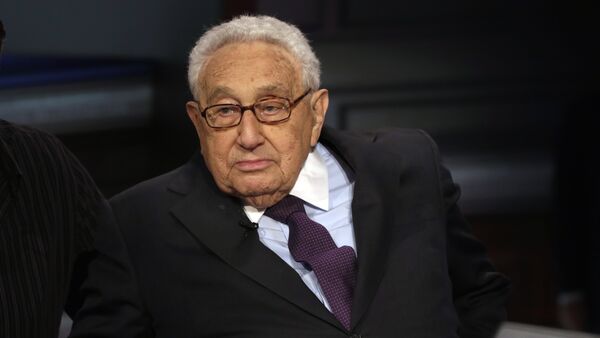 US Secretary of State Mike Pompeo met recently with former Nixon-era US Secretary of State and National Security Adviser Henry Kissinger. The current head of the US State Department tweeted his gratitude for the meeting and for "conversations" with the retired but highly-controversial veteran of US foreign policy.

Pompeo's tweet attracted the attention of US Senator Bernie Sanders, who tweeted on Sunday that Kissinger, one of the primary architects of the Vietnam War's devastating bombing campaigns, is one of "the most destructive" political appointees in history.

Henry Kissinger was one of the most destructive Secretaries of State in the history of this country.

A Sanders administration will not be taking advice from Henry Kissinger. https://t.co/AzyRrHhH6i

This is not the first time that Sanders, a Democratic presidential hopeful, has verbally attacked Kissinger. According to The Hill, Sanders has long criticized Kissinger’s record, noting former US Secretary of State Hillary Clinton’s close relationship with him during the 2016 Democratic primaries: "I am proud to say that Henry Kissinger is not my friend. I will not take advice from Henry Kissinger", Sanders noted.

Kissinger, who was appointed to his posts in both the Nixon and the Ford administrations, has long been criticized by US-based human rights activists and much of the political establishment for his role in the 1973 CIA-backed Chilean military coup and in the US campaign of high-altitude carpet bombing over Cambodia during the Vietnam war that killed tens of thousands of innocents.

Kissinger remains the only US political appointee in US history to simultaneously hold two high-ranking posts, as the secretary of state and the national security adviser between 1973-1975.