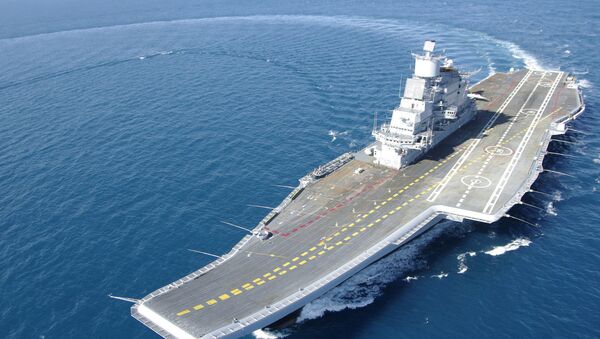 New Delhi (Sputnik): India's Defence Minister Rajnath Singh indirectly warned Pakistan on Sunday that the armed forces of his country are alert and ready to neutralise any attempts to destabilise India through terrorism.

Defense Minister Singh's warning came after he watched naval exercises and participated in a yoga session with naval personnel onboard the Indian aircraft carrier INS Vikramaditya, which is currently deployed along India's western coastline.

During his overnight stay on the INS Vikramaditya, Singh witnessed military exercises involving submarines, frigates and the carrier.

Union Defence Minister Rajnath Singh onboard INS Vikramaditya: We know it very well that Pakistan uses terrorism as a tool to destabilise India. We cannot forget 26/11 and if there was a lapse then it can't be repeated. Our Navy and Coast Guard are always on alert. pic.twitter.com/eucwpPXrZk

"Any country in the world should have adequate security for itself. We cannot rule out any possibilities (of terror threats)", media reports quoted him as saying.

The central government, he said, has complete confidence in the Indian Navy's ability to ensure maritime security.

The country is determined to prevent a repeat of the terror strikes by Pakistan-based terrorists in Mumbai in November 2008 that claimed 166 lives and injured over 300 other Indian citizens, he added.

"I can say this with complete belief that our Indian Navy has a solid and attentive presence here for maritime security. There is not an iota of doubt," Singh said. "We cannot forget what happened on 26.11.2008 [the Mumbai attack]. If some mistake has happened once, it must not be repeated again at any cost. Therefore, our Indian Navy and Coast Guard always remain vigilant". 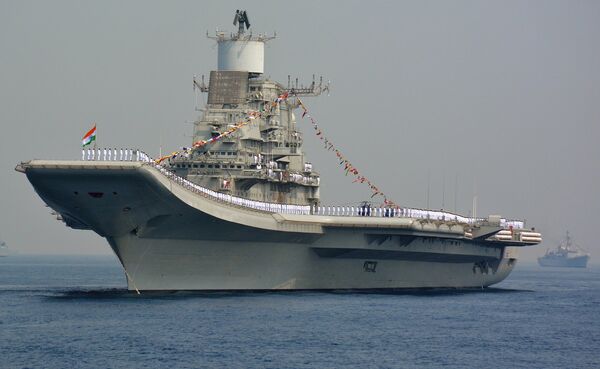 He said everyone across the world knows what will happen to terrorists should they choose to strike.

"Not only in India, the whole world knows what will happen to terrorists", the defence minister said.

Sharing the excitement of participating in a yoga session on board the aircraft carrier on Sunday morning, Singh credited Indian Prime Minister Narendra Modi for giving an ancient physical, mental, and spiritual practice like yoga international recognition.

"He [Narendra Modi] presented this resolution (on Yoga) at the United Nations, and it received the support of 177 countries. In almost all countries, there is a substantial population which practices yoga", Singh said.

He was responding to Pakistan Prime Minister Imran Khan's vitriolic and Pakistan-centric address at the 74the UN General Assembly session on 27 September.

"Pakistan needs to understand that the Indian Navy has become much stronger with the commissioning of the INS Khanderi. They should know our capabilities, and [that] we can use them if required", Singh stated.

He said the Indian Navy wants to build a "sense of confidence and mutual trust with all big and small nations in the Indian Ocean Region".

Tensions between India and Pakistan have been high over the last seven months following a suicide bomb attack on a security convoy in the Kashmir Valley, that claimed the lives of 40 Indian troopers. 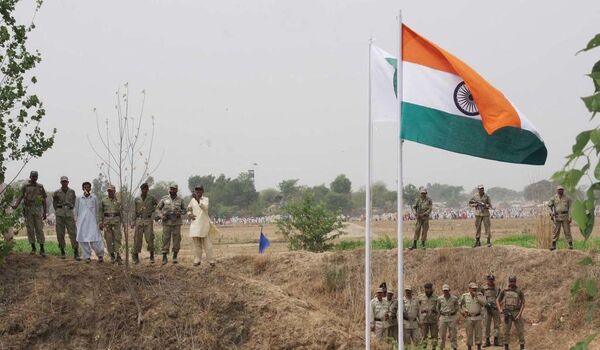 The suicide attack was followed by an Indian Air Force "pre-emptive" aerial strike on an alleged terror training facility in Pakistan's Balakot region, and an aerial dogfight between Indian and Pakistan air force aircraft over the Nowshera sector in Jammu and Kashmir.

Tension resurfaced in the first week of August after the Indian parliament scrapped Jammu and Kashmir's seven-decades-old special status.