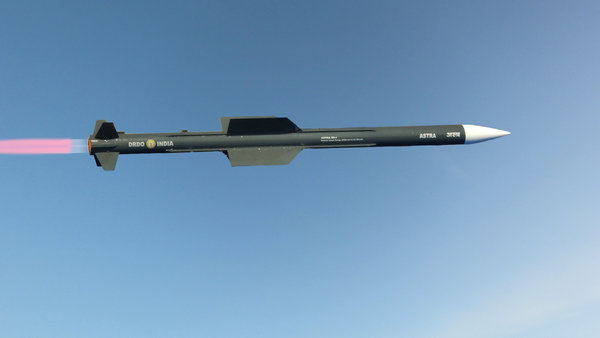 New Delhi (Sputnik): India will become the fifth nation in the world after the US, Russia, France and Israel to develop and deliver its first domestic beyond visual range air-to-air missile (BVRAAM) to the country’s air force, a defence research official said.

The chief of the Defence Research and Development Organisation (DRDO), India's primary military research and development establishment, Dr G. Satheesh Reddy, told Indian daily the Times of India that the Astra beyond visual range air-to-air missile is ready for induction into the Indian Air Force (IAF).

The successful induction of the Astra will take place after 15 years of research and development, and it is expected that the Indian Air Force will place an initial order for at least 200 missiles for its Sukhoi-30MKI jets, he said.

"Astra is one of the best BVRAAMs in the world today. We can develop it for longer ranges," the daily quoted Dr Reddy as saying.

Currently, efforts are on to expand the missile's strike range from 110-kilometres to over 160-kilometres.

The 3.57-metre-long Astra air-to-air missile, with a mass weight of 154-kilograms, possesses the ability to fly at Mach 4.5 or over four times the speed of sound.

It is domestically manufactured by Bharat Dynamic, a central government-run firm. Each missile costs about $11.35 million, which the DRDO claims is much cheaper compared to the Russian, French and Israeli BVRAAMs currently being used by the IAF. 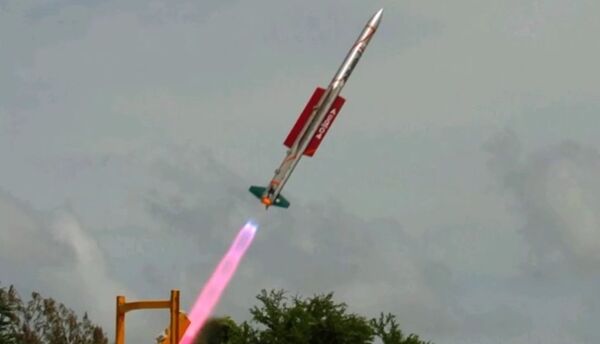 The government sanctions for the Astra missile project were first given in March 2004 at an initial cost of $13.54 million.

After equipping Russian-origin Sukhois with the missile, the DRDO proposes fitting the missile onto the domestically manufactured Tejas Light Combat Aircraft (LCA), Dr Reddy told the Times of India.

The need for air-to-air missiles was underscored during the aerial dogfight between Indian and Pakistani air force jets over the Nowshera Sector in the Indian state of Jammu and Kashmir on 27 February.

That dogfight took place a day after the Indian Air Force claimed that they bombed an alleged terror training facility of the banned Jaish-e-Mohammad militant organisation in Pakistan's Balakot region.

The IAF claimed that the "pre-emptive" missile strike in Balakot was undertaken in response to a suicide bomb attack on an Indian security convoy, in Jammu and Kashmir's Pulwama region on 14 February, killing 40 Indian troopers.

During that dogfight, the Indian Air Force claimed that one of its fighter pilots, Wing Commander Abhinandan Varthaman, had downed a Pakistani F-16 fighter plane before being captured by the Pakistan Army after his MiG-21 Bison was shot down by Pakistan Air Force jets.

Wing Commander Abhinandan drew admiration not just for this feat, but also for his composure during his captivity in Pakistan. Pakistan eventually released him on the night of 1 March.

After the attack in Pulwama, relations between India and Pakistan have deteriorated.

Kashmir has been a bone of contention between the two countries since they gained freedom from British colonial rule in 1947. Both India and Pakistan control part of Kashmir but claim it in full. They've also fought three wars since then, two of them over Kashmir.