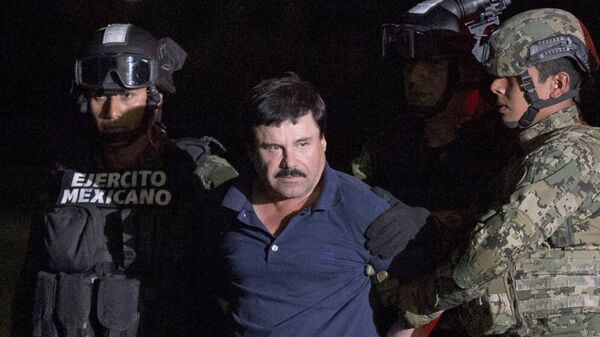 A car carrying Karina Garcia, a Liberal Party candidate in the municipality of Suarez in Cauca Province, the politician's mother, three local activists, and a candidate for the municipal council, was reportedly shot at on 2 September while it was driving on a highway in the mountainous region, before being set on fire.

Colombian authorities have previously alleged that the killing was carried out by the leader of the dissident FARC group, which has been increasingly active in the area.

However, a pamphlet circulating around the city of Suarez since the start of September has claimed that it was El Chapo’s Sinaloa cartel that carried out the brutal assassinations due to Garcia’s apparent refusal to cooperate with the group.

The pamphlet, the authenticity of which has yet to be proven, also contained threats directed at other local politicians who might try to interfere in the activities of the group, stating that “the massacres will not keep happening” if the government works “properly” with the group.

In July 2019, a US court sentenced Joaquin “El Chapo” Guzman to life in prison on a range of charges, including drug trafficking and money laundering, placing him in a US maximum security prison.

Nevertheless, El Chapo’s Mexican Sinaloa cartel has been increasingly active in Colombia, being at the forefront of the illegal drug trade between Colombia and the United States, transporting narcotics through Mexico.