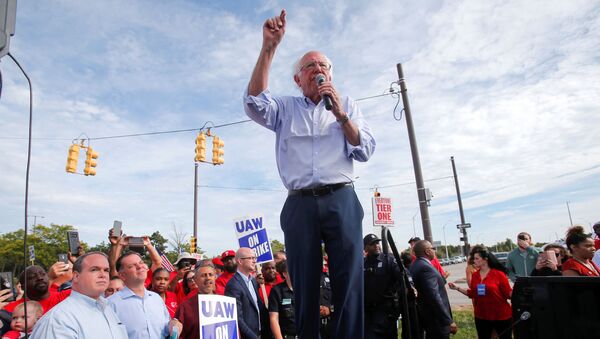 Tim Korso
All materialsWrite to the author
Former Vice President Joe Biden is considered to be the frontrunner in the US Democratic primaries despite his controversial performance during the second debate in August and a recently emerged scandal about him allegedly meddling in Ukrainian internal affairs to save his son from potential prosecution.

In his latest appeal to US voters to support his election campaign, Vermont Senator Bernie Sanders has accused former Vice President Joe Biden and his allies of trying to "buy" the Democratic primaries.

"It should not be a surprise that wealthy donors of the political establishment are trying to buy this election. Now we need to be ready for when they do", he said.

The senator referred to a recent The New York Times article claiming that Biden's allies believe that the former vice president won't be able to win his campaign without the use of so-called Super Political Action Committees (Super PACs). Sanders claimed that such actions endanger his campaign and the entire US.

Sanders asked his supporters to "chip in what they can" in a bid to amass enough funds to overcome potential pro-Biden Super PAC efforts. All of the Democratic candidates have said they will not accept support from any Super PACs,  including Biden, according to the NYT article.

Super PACs can indeed attract unlimited donations, but must spend the funds independently without directly coordinating with any of the candidates or parties, who are limited in how much funding they can attract. But they can still support certain election campaigns without coordinating with them directly. In their campaign spending, Super PACs sometimes surpass all candidates, as was the case in the 2012 Republican primaries. 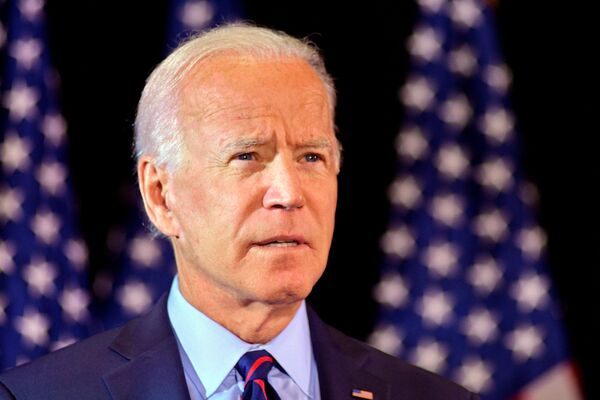 In the 2019 Democratic primaries, Bernie Sanders kicked off as a leader in raising funds, with an average donation of $34 in the first quarter of the year, but this later slid to only $18 in the second quarter, giving way to Biden, with average donation of $49 per individual.