© AP Photo / Saurabh Das
Subscribe
International
India
Africa
New Delhi (Sputnik): Boasting of greater defence preparedness than ever before, the Indian defence minister has warned Pakistan against armed conflict with India. The remark came in the wake of a statement made by Pakistani PM Imran Khan at the UN General Assembly on Friday, where he threatened India with nuclear war over the Kashmir issue.

Defence Minister Rajnath Singh asserted that with the improved strength of the Indian Navy and the "strong resolve of our government", India is capable of giving a much bigger blow.

"Pakistan needs to understand that the Indian Navy has become much stronger with the commissioning of the INS Khanderi. They should know our capabilities and we can use them if required", Singh declared, referring to the second Scorpene-class attack submarine which the Navy commissioned on Saturday morning in Mumbai. 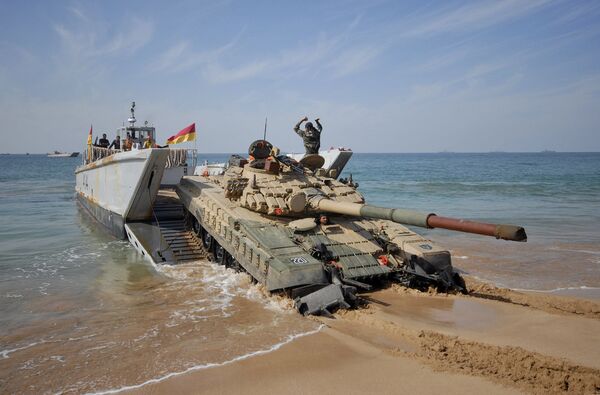 "India is proud of its Navy and can never forget the exceptional role it played in the 1971 war when Operation Trident and Operation Python broke the backbone of the Pakistan Navy", Singh recalled, citing the importance of submarines in modern strategic warfare.

Nevertheless, Singh emphasised that the Indian Navy would not pose a threat to any peace-loving neighbour and in fact wanted to build a "sense of confidence and mutual trust with all big and small nations in the Indian Ocean Region".

Earlier on Friday, Imran Khan said that there would be a bloodbath in Kashmir once the curfew in the valley is lifted.

"If a conventional war starts between the two countries, supposing a country seven times smaller is faced with a choice to surrender or fight to the end". 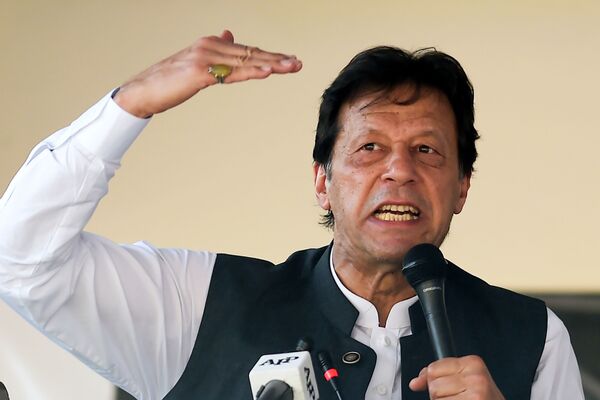 "When a nuclear country fights till the end it has consequences far beyond the borders. This is a test of the UN. You are the one who guaranteed the Kashmiris the right (of self-determination). This is the time not to appease but to take action", Khan said while delivering his speech at the UNGA.

The region of Kashmir has been a stumbling block in relations between the two neighbouring countries, India and Pakistan, for many years.

Despite a ceasefire reached in 2003 after several armed conflicts, instability in the region has continued, leading to the emergence of various extremist groups.

Tensions increased in August after India revoked the special status of the state of Jammu and Kashmir. Under the government's new initiative, Jammu and Kashmir will be divided into two union territories that will be under New Delhi's control.

Reacting to the decision, Pakistan expelled the Indian ambassador, halted bilateral trade and promised to raise the issue with the International Court of Justice.