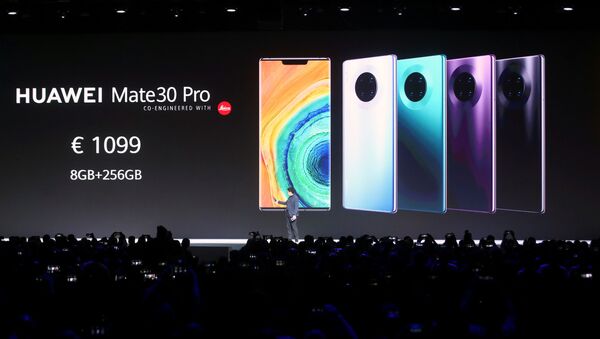 Huawei's latest smartphone sourced most of its components from domestic suppliers, reflecting its ability to quickly find substitutes for US components amid the crackdown by Washington. It also showed the overall growth of Chinese domestic chip manufacturing under the US pressure, which may put US companies at risk, analysts said.

Every component of the Huawei Mate 30 series could be sourced from at least two suppliers, and more and more domestic manufacturers are becoming Huawei's suppliers, including panel display manufacturers like BOE Display and TCL, as well as Shenzhen-listed Avary Holding, the radio frequency (RF) component provider, domestic website sina.com.cn reported Monday.

A note sent by China Merchants Securities said Monday that major components of the Huawei Mate 30 series are sourced from Chinese companies - in particular, the RF components.

"Now every component has found some substitutes for US components, which shows Huawei is not relying on the US," Fang Jing, an industry analyst from China Merchants Securities, told the Global Times on Monday.

The ban imposed by the US on Huawei in May worried not only the Chinese company but also the whole industry, as major American companies have a large market share in major components for smartphone products.

For instance, US companies such as Broadcom, Skyworks and Qorvo together held 75 percent of the global RF front-end market in 2018, showed a report from Southwest Securities.

Huawei has enhanced its self-developed capacity in RF chips - one of the most important components that Huawei previously obtained from US suppliers - and now its chipset affiliate HiSilicon produces an increasing number of its RF components.

"Apparently, Huawei increased the proportion of domestic manufacturers in its supply chain in order to counter the US crackdown. It also indicates that China's smartphone supply chain has become more mature," Huang Haifeng, a deputy chief editor of domestic industry news site cww.net.cn, told the Global Times on Monday.

Companies like Shenzhen Sunway Communication and Huizhou Speed Wireless Technology Co are now suppliers of RF components for Huawei, according to the sina.com.cn report.

As domestic manufacturers made new breakthroughs in smartphone production, other domestic smartphone vendors should also consider grabbing this chance to diversify their procurement, Huang said.

The crackdown on Huawei has already put some US companies' survival at risk, and companies like Microsoft have been seeking an end to the US ban, according to media reports.

Facing the US ban, Huawei has become stronger in technology, and this pressure has also accelerated the overall growth of the supply chain in China, analysts said.

Among the suppliers of Huawei for such items as chipsets, core components and software, nearly 70 are listed in the Chinese mainland, industry website laoyaoba.com reported. The shipment of the Huawei Mate 30 series is also expected to grow rapidly in the mainland, which will help the overall supply chain to grow, analysts said.

Huawei launched the highly anticipated Huawei Mate 30 on Thursday in Munich, Germany. Many internet users praised it as being more innovative than Apple's latest launch - the iPhone 11 - and some analysts predicted that overall shipments of the Mate 30 series will reach 20 million units.

The US semiconductor industry has urged US President Donald Trump to hurry up with Huawei's licenses, as delaying the licenses will eventually hurt the US chipset industry and erode its dominance in the global market, Bloomberg reported earlier this month.

"If the US insists on including Huawei in export controls, that may force it to become greater," Huang said.