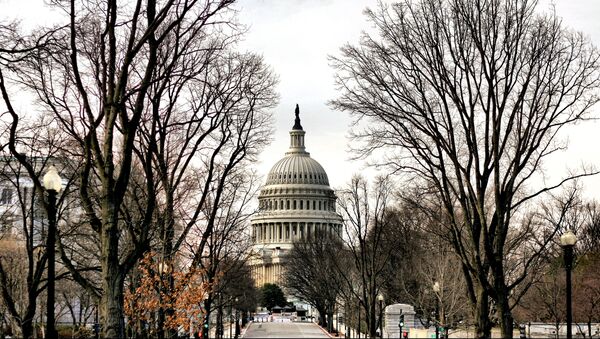 CC BY 2.0 / Phil Roeder /
Subscribe
Acting Director of National Intelligence Joseph Maguire defended his handling of the whistleblower complaint as he testified before the House Intelligence Committee on Thursday.

Speaking before the House Intelligence Committee, Joseph Maguire, the Acting Director of National Intelligence, called the whistleblower's complain "credible and urgent" and believes that the whistleblower was operating in good faith. A redacted version of the complaint was released on Thursday,

"DNI Maguire was trying to walk a fine line by not offending the President. It was my impression that he was very uncomfortable testifying about this issue, and stated that it was his understanding that the whistleblower report did not have to be shared with Congress", Dr. Kyle Kopko, Associate Professor of Political Science and Director of Elizabethtown College's Honours and Pre-Law Programmes says.

On Tuesday, Democrats launched a formal impeachment inquiry into US President Donald Trump following allegations from an alleged intelligence community whistleblower that Trump had asked Ukrainian President Volodymyr Zelensky to investigate former vice-president and top-contending Democratic presidential candidate Joe Biden and his son Hunter during a phone conversation that took place in July.

In the now-released complaint, the whistleblower admitted that he had never actually heard the conversation first-hand: "I was not a direct witness to most of the events described. However, I found my colleagues' accounts of these events to be credible because, in almost all cases, multiple officials recounted fact patterns that were consistent with one another".

According to the complaint, Trump pressured the Ukrainian President to investigate Biden and his role in shutting down an investigation by Ukraine's chief prosecutor into Burisma Holdings gas company, that his son Hunter Biden was a paid board member of. 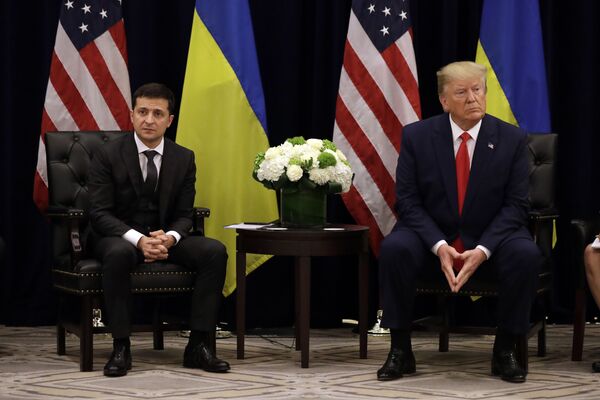 The phone conversation also took place just before Trump froze military aid to Ukraine, and though the US leader has, however, acknowledged that he blocked nearly $400 million in assistance, he denied pressuring the Ukrainian president into investigating Biden.

However, since then, the Pentagon has resumed sending aid to Ukraine and the freeze was lifted.

The US Justice Department declassified an unredacted transcript of the phone call on Wednesday. In it, Trump does ask Zelensky to look into the matter: "There's a lot of talk about Biden's son, that Biden stopped the prosecution and a lot of people want to find out about that, so whatever you can do with the attorney general, would be great".

To which the Ukrainian President assures Trump that the next prosecutor, which "will be '100 percent my person'" will do it.

Zelensky has denied that Trump pressured him to investigate Biden and son. After holding talks with Trump on the sidelines of the UN General Assembly, he told reporters that "nobody pushed me".
Kopko says that what will be critical now is the testimony of the whistleblower:

"It appears that he will appear before Congress once all security clearance issues are resolved. If the whistleblower provides evidence to corroborate their report, such as politically sensitive information being classified even though it has no national security value, or whether the President made repeated and sustained efforts to pressure a foreign country to provide electoral support, that will certainly increase the chances of a successful impeachment vote in the House of Representatives", the professor argues.

Meanwhile, Meena Bose, a political science professor and director of Hofstra University's Kalikow Center for the Study of the American Presidency, notes that the whistleblower's complaint about President Trump raises two issues:

"What the president said in a July 2019 conversation with the Ukrainian president, and what White House officials may have done subsequently to prevent distribution or the release of information about the phone call". The US House of Representatives will now examine this, including the process through which the whistleblower complaint was reviewed in the Justice Department, and according to Mrs. Bose:

"Whether any actions by the president or executive branch officials meet the constitutional threshold for impeachment remains to be seen; because impeachment is both a legal and political process in the United States, Congress must make those determinations (the House decides whether to impeach and if so, then the Senate holds an impeachment trial)", she concludes.

000000
Popular comments
Can a president really be impeached based on hearsay information, with essentially no capacity to question those who made the allegations face to face in a court of law? Anybody can invent some smear on the president, presumably relayed to him by unnamed others, whom he finds credible. In this case the format of the whistle blower complaint was changed short before the complaint was made so as to allow hearsay information. In addition, the transcript of the phone call clearly shows that there was no coercion or quid pro quo. Whatever the reason to withhold the money from Ukraine, it is being paid although clearly no steps to investigate have been undertaken to date, since Zelenski first needs to install a new prosecutor not tainted by the former regime. And Zelenski confirmed that he didn’t feel pressured. So where is the crime or misdemeanor so severe as to impeach an acting president? There is no rule or law that allows impeachment to prevent reelection of a sitting president. Nor is it wrong for Trump to ask to clarify what went on with Biden firing the Ukraine prosecutor under pressure to deny a $1b loan guarantee. Nor is it wrong to ask for information regarding any links between Crowdstrike and Ukraine. So what is the basis for impeachment?
Regula
30 September 2019, 05:20 GMT
000000
Newsfeed
0
New firstOld first
loader
LIVE
Заголовок открываемого материала
Access to the chat has been blocked for violating the rules . You will be able to participate again through:∞. If you do not agree with the blocking, please use the feedback form
The discussion is closed. You can participate in the discussion within 24 hours after the publication of the article.
To participate in the discussion
log in or register
loader
Chats
Заголовок открываемого материала
Worldwide
InternationalEnglishEnglishMundoEspañolSpanish
Europe
DeutschlandDeutschGermanFranceFrançaisFrenchΕλλάδαΕλληνικάGreekItaliaItalianoItalianČeská republikaČeštinaCzechPolskaPolskiPolishСрбиjаСрпскиSerbianLatvijaLatviešuLatvianLietuvaLietuviųLithuanianMoldovaMoldoveneascăMoldavianБеларусьБеларускiBelarusian
Transcaucasia
ԱրմենիաՀայերենArmenianАҧсныАҧсышәалаAbkhazХуссар ИрыстонИронауОssetianსაქართველოქართულიGeorgianAzərbaycanАzərbaycancaAzerbaijani
Middle East
Sputnik عربيArabicArabicTürkiyeTürkçeTurkishSputnik ایرانPersianPersianSputnik افغانستانDariDari
Central Asia
ҚазақстанҚазақ тіліKazakhКыргызстанКыргызчаKyrgyzOʻzbekistonЎзбекчаUzbekТоҷикистонТоҷикӣTajik
East & Southeast Asia
Việt NamTiếng ViệtVietnamese日本日本語Japanese中国中文Chinese
South America
BrasilPortuguêsPortuguese
NewsfeedBreaking
05:13 GMTNew Coronavirus Variant AY.4.2 Found in Russia, It May Spread, Rospotrebnadzor Watchdog Says
04:45 GMTBoJo's Net Zero Strategy: New Taxes & Insufficient Investments Cast Doubt on Build Back Greener Plan
04:35 GMTIndia Deploys Modern Howitzers in Ladakh Region Bordering China
03:49 GMTRat-Spread Disease Caused by Urine Kills 1, Sickens 2, NYC Health Officials Say
03:41 GMTStolen Halloween?: Major US Candymaker Falls Victim to Hacker Attack That Affected Production
02:58 GMTCoeval of Dinosaurs: 100-Mln-Year-Old Amber Reveals One of the Oldest Crabs Ever Known
01:35 GMTParliaments of Venezuela, Colombia Agree to Discuss Normalization of Relations
01:33 GMTUK in Talks With Ukraine on Missile Deliveries – Reports
01:16 GMTTen Years Since Libya’s Gaddafi Was Murdered by NATO-Backed Rebels
01:10 GMTSecret Migrant Flights to Fight Gerrymandering
00:45 GMTTrump to Launch New Social Platform 'TRUTH Social' With Mission to Create 'Rival to Liberal Media'
00:34 GMTJake Sullivan Discussed Israel Normalization With Saudi Crown Prince - Report
00:33 GMTUS Senator Rick Scott Calls on DHS Chief to Resign for 'Lying' About Border Being Secure
00:14 GMT160 Republicans Urge Biden to ’Stop Pushing Socialist-Big Gov’t Agenda’, Address Supply Chain Crisis
YesterdayMusk Set to Become World's First Trillionaire as His Wealth Continues to Grow Rapidly - Report
YesterdayHundreds of Netflix Employees Walk Out in Trans Rights Protest Amid Continued Chappelle Fallout
YesterdayUK's Retirement Age May Be Increased by 2 Years for Every 3 Years Added to Life Expectancy - Report
YesterdayUS Regulator Approves Use of Booster Shots for Moderna, Janssen COVID-19 Vaccines
YesterdayNew Findings in ‘Church of the Apostles’ in Bethsaida, Archaeologists Discovered
YesterdayUK Opposition Leader Calls on Government to Sanction Telegram