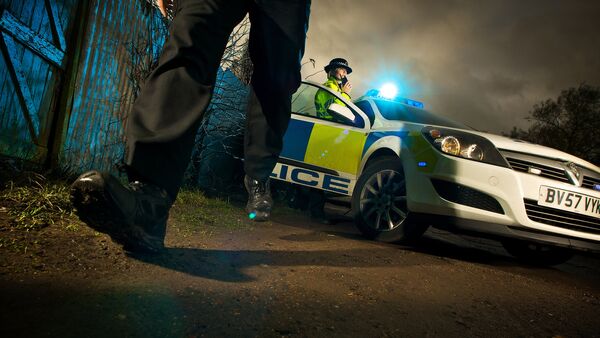 A police watchdog report has found that an estimated 35,000 people working for police forces across England and Wales have not been properly vetted. The number includes officers as well as non-front line staff and contractors.

With more on this story, Sputnik spoke Dr David Lowe Senior Research Fellow at Leeds Beckett University, in this report.

Sputnik: A police watchdog report has found that an estimated 35,000 people working for police forces across England and Wales have not been properly vetted. The number includes officers as well as non-front line staff and contractors. How significant is this story and what does it mean for Britain’s police forces?

David: I think there is a degree significant say because you look at the Inspector Constabulary, as well as the watchdogs have been saying for a number of years that vetting is important and we've got to understand each force is slightly different - there are 43 of them in England and Wales; and some procedures will be not as strict maybe as other forces and they've been trying to tighten this up.

I think there are those who maybe slip through the net and get through the vetting but I think overall we have to look at this and say look the vetting is really is important because we need that trust. In this country policing is by consent and that's the consent of the people and that's so paramount to keep that there. That means having trust in the police and that's not just the police officers - any staff who work for the police.

Sputnik: Many people around England see the police still as an unregulated body which can sometimes can be quite corrupt in certain areas, speaking from my experiences living in Yorkshire a lot of people especially in South Yorkshire, tend to have a very negative opinion of a police.... what effect do stories like have on the image of police forces working around the country?

David: Yeah I think you're right in the sense that it can reinforce some stereotypes and to be fair to the police over the years they have been working assiduously to get the house in order to regards of discipline, dealing with complaints, standards of behavior expected from how you behave on social media, how you behave in your private life, as well as the public life - and that's always been there how police officer mean, even in the days when I was serving, you had to act in a certain manner that's becoming and expected of a police officer.

It's interesting you mentioned South Yorkshire, me coming from Merseyside, there was certainly one event in 1989 where South Yorkshire Police were vilified and that complaint ran on for many years but we're looking at 1989 and I'm quite sure now South Yorkshire Police and I know from officers I've met more recently from that force. There is that sort of background of Hillsborough there but they have moved on from then - you can go back to many events as you said.

Some people may mix in where they've seen drama in 'A Line of Duty' which I enjoy but they are fiction. Cressida Dick came out saying that some of the police drama of late is what it is - it's drama and it doesn't reflect the realities of the work that's gone on with the police in England and Wales to, if you'd like, to sort of clear up and clean up that image that they are truly professional.

If we look back at some of the prosecution's over the last couple years of police officers brought by the police for either corruption or inappropriate conduct that could include sexual conduct or any other conduct they have been very, very strict on it. I think we're got to look at what's happened but you quite right. Something like this comes out and it's all about we need to have faith in our police.

Sputnik: How should officers be vetted and overseen to ensure that these extraordinary cases of officers perhaps using victims is not carried on in the future?

David: Vetting right back in the background for any misdemeanors and offences but of course there are some people of course who say for example have committed sexual offences in the past and they've not been reported and there is the problem - if no one has ever reported them and they don't have were you're checking on paper a pass that says: 'no, this isn't an appropriate person' then that can be the problem.

That’s why one or two can slip through the net through a vetting procedure. I think it is sort of keeping it tight and having all the details down in the background of the officer and they are checked. From what they claim their family background and so on and have it checked because it's so important.

They are in a position of trust. Police officers have tremendous power given to them through legislation and using that legislation and using those powers appropriately to protect us because that's what the bottom line is. I do know that most police officers still have that value in their work. They're there to serve and help people but of course, there are always one or two people who will spoil our reputation.