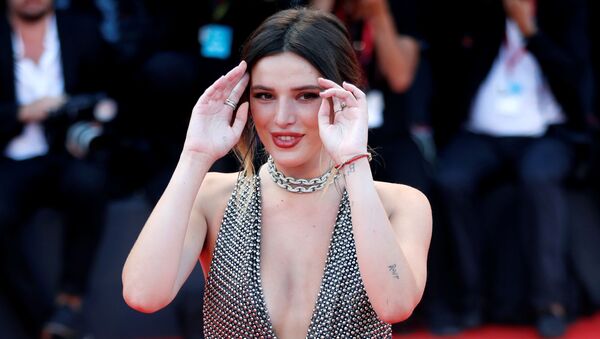 For her part, Thorne said that she was “honoured” and “excited” to receive the prize for her short movie.

"I'm honoured to receive this award", said Thorne in a press release. "I'm excited for visions of beauty like this to be shed in a new light. Breaking the taboo of what's classified as beautiful has always been a vision of mine and it brings me such joy to see this being recognized for what it truly is... beautiful visionary art".

Fans were generally happy to hear that a 21-year-old actress, who recently starred in the movies Midnight Sun and Assassination Nation, would receive recognition for her talent – although from the least expected distributor. Some just could not help but to come up with a bunch of memes that included some references to Thorne’s Disney past, when she starred in the teen series Shake It Up alongside another American darling, Zendaya.

I am so happy for you bella