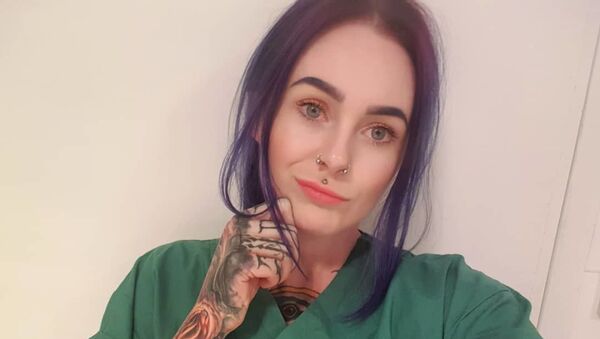 A woman who is a successful career doctor in Australia and whose entire body is covered in tattoos affirmed that her skin designs help her make contact with patients.

Dr. Sarah Gray, an aspiring orthopaedic surgeon in Adelaide, Australia, is, according to The Daily Mirror, described as one of the nation’s “brightest and best” young medics. She is also described as the “most colourful” doctor in the wards.

Gray is covered from head to toe in tattoos.

Here's a selfie from when I had this AMMMMMAZING hair by @archie_and_jess at @archieco_ & makeup by @blakebutlermakeup. Nails by @naileditbychelsey [I wear stick on ones for events & photoshoots for those of you that ask me about my nails & work 😊] #mermaidhair #inkedwomen #sullenangels

According to the doc, her unusual appearance does not affect her performance and interaction with colleagues.

Going cross eyed at the fact that I got my FIRST preference hospital in FIRST round offers on a surgical RMO position next year! Feels surreal! #ilooklikeasurgeon #musthavebeenmysuit #believeinyourself #womeninsurgery #timetocelebrate

"If you're confident and competent at your job, it shouldn't really matter what you look like,” she says. "Both my patients and my senior clinicians treat me fairly nor judge me on my appearance the majority of the time.”

It caused her trouble in the past, she noted, however, including being turned away from restaurants when staff saw her body and shops refused to serve her, The Daily Mirror report says.

1 or 2? I hadn't shot is so long as this year has been a hectic one to say the least, but @atlanticlungs made me feel fab & reminded me how fun modelling is! 💕💕 #inkedmodels #photoshooting #femaleempowerment #beYOUteaful #rainbowhair #unicorn #liveyourlifeincolour

On the other hand, tattoos serve as a great talking point with patients, she said, which contributes to better contact.

"I guess it's a bit of a barrier breakdown between what it is traditionally thought a doctor would look like,” Gray says.

The physically colorful doctor, a determined advocate for body art, noted that traditionally conservative sectors such as medical staff need more people with tattoos, so that it could become the norm.

"We need more people out there that are not afraid to be unapologetically themselves, especially in traditionally conservative sectors so that the 'shock factor' disappears and we can become society's norm,” she said.

"I only hope that each day education surrounding body art continues to feed through the generations like a ripple effect and those that judge us as 'bad people' on our appearance fade into the background."