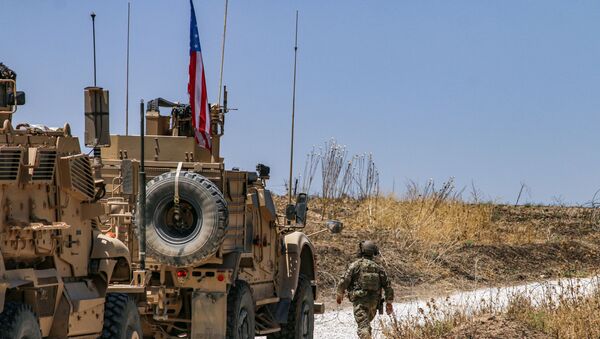 WASHINGTON (Sputnik) - The US-led coalition against the Daesh* terrorist group has admitted to killing at least 1,335 civilians while conducting operations against the terror group in Syria and Iraq in the past five years, the Combined Joint Task Force - Operation Inherent Resolve (CJTF-OIR) Monthly Civilian Casualty Report revealed.

"The coalition conducted 34,573 strikes between August 2014 and the end of August 2019", the report said. "During this period, based on information available, CJTF-OIR assesses at least 1,335 civilians have been unintentionally killed by Coalition actions since the beginning of Operation Inherent Resolve".

The US-led coalition to defeat Daesh said in March that the terror group's physical caliphate has been defeated.

The international coalition was formed in 2014 after the Daesh terror group captured vast territories in Iraq and Syria. The coalition's actions in Syria have not been authorised by the Syrian government or the UN Security Council.

About 34,500 strikes were conducted by the US-led Coalition between August 2014 – the beginning of a campaign to destroy Daesh - and the end of July 2019, combined Joint Task Force-Operation Inherent Resolve (CJTF-OIR) report said in August.

According to the 18th Lead Inspector General report on the Operation Inherent Resolve (OIR), issued by the Pentagon, the Daesh group has from 14,000 to 18,000 militants, operating in Iraq and Syria.

The Daesh terror group has claimed responsibility for a number of terror attacks globally.