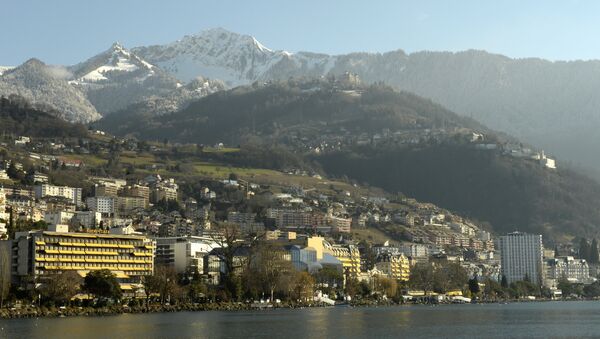 GENEVA (Sputnik) - Switzerland, whose mission began to represent US interests in Iran after Tehran cut diplomatic relations with Washington, will be ready to host negotiations between Iran and the United States should they ask, Swiss Foreign Ministry spokesman Pierre-Alain Eltschinger said.

"Switzerland's proposal on negotiations is continuous. And we will consider every request that will come from the parties themselves", Eltschinger stated.

Switzerland is in constant contact with the United States, Iran and other countries both in the Middle East and beyond to discuss mutually acceptable ways of achieving de-escalation, he added.

However, Switzerland has not yet formulated its position on ​​Iranian President Hassan Rouhani's recently proposed idea to strengthen security in the Persian Gulf and the Strait of Hormuz through the creation of a regional coalition, the spokesman said, adding that Bern expects to receive more details about this initiative.

The statement comes after Rouhani, speaking at the 74th session of the UN General Assembly, said that the main conditions for Tehran to begin negotiations with Washington were for the latter to lift all sanctions and return to the nuclear deal.

Tensions have escalated in the Persian Gulf over the past several months, in large part due to the standoff between the United States and Iran over the 2015 nuclear deal — Washington unilaterally withdrew from the pact last year, which prompted Tehran to begin rolling back its nuclear commitments. A series of attacks on tankers in Gulf waters and, most recently, drone attack against oil facilities of Saudi Arabia have worsened the situation, with Washington and its allies placing the blame on Iran. Tehran has refuted all accusations.