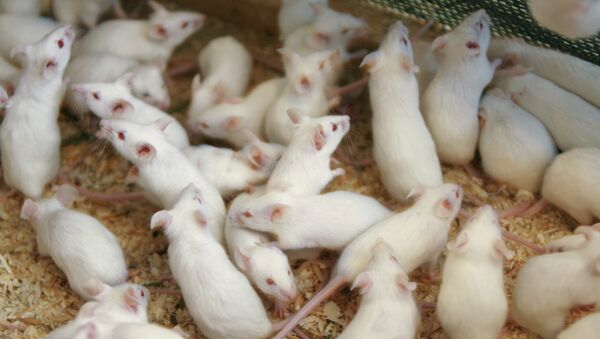 With commercial space travel becoming a reality, it is important to conduct more extensive research so people can understand the potential risks before taking an extraterrestrial trip. Findings posted to Scientific Reports on Tuesday and led by researchers Takafumi Matsumura and Taichi Noda notes a number of possible issues that could occur in the human body, including a deterioration of the bones, genomic mutations and even cancer.

At the same time, not enough research has been conducted to determine the effects of space travel on the human reproductive system, which is important to examine in order to avoid foreseeable birth defects or the passing of dangerous disorders to the next generation.

According to Matsumura and Noda’s research, however, the scientific community now knows a little bit more about how time in space can affect male fertility, particularly in mice.

For a total of 35 days, the researchers caged 12 male mice in the International Space Station, while a “ground” control group remained on Earth after all subjects had their reproductive organs examined. Those aboard the ISS were placed under artificial gravity or microgravity.

Following the five-week period, scientists were only able to detect a noticeable decrease in weight of the ISS mice’s accessory glands: the prostate, seminal vesicles and bulbourethral glands.

Luckily, the decrease in accessory gland mass did not interfere in the mice’s ability to fertilize at the same rate as the control group. Furthermore, the “pups” produced from the sperm of all groups had similar growth rates and fecundity.

“We conclude that short-term stays in outer space do not cause overt defects in the physiological function of male reproductive organs, sperm function, and offspring viability,” the researchers wrote in their Tuesday report.

This information comes shortly after research by Dr. Montserrat Boada of Dexeus Women’s Health in Barcelona showed the realistic “possibility of creating a human sperm bank outside Earth.”

After shooting frozen sperm samples into space, Boada and other researchers found that human sperm was able to retain its viability, despite the gravitational conditions.

While these two studies can give humans hope about potentially reproducing on another planet (whether alone or with another person), a lot remains unknown, including what space - especially exposure to radiation - might do to a developing embryo, so it may be best to keep some things earthbound for now.