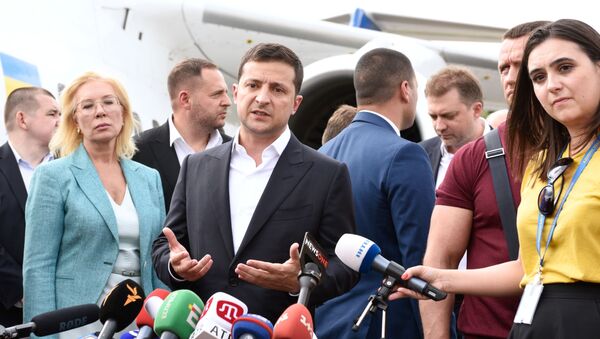 © Sputnik / Stringer
/
Go to the mediabank
Subscribe
International
India
Africa
Last week, the Wall Street Journal reported that a whistleblower complaint was filed, focusing on US President Trump's July phone call with Ukraine's President Zelensky. Although details of the complaint have not been revealed, the WSJ said it was about Trump allegedly pressurising Zelensky to investigate 2020 presidential hopeful Joe Biden's son.

Ukraine's President Volodymyr Zelensky has answered a question from the Russian media about whether US President Donald Trump put pressure on him during their phone call in July.

"Nobody can pressurise me because I am the president of an independent Ukraine. Only one person can do it - and this is my six-year-old son," Zelensky said.

The Wall Street Journal reported last week that an intelligence official had filed a complaint with the inspector general for the intelligence community, which focused on a phone call between Trump and Zelensky which took place in July. According to the report, Trump urged Zelensky to investigate the son of former US Vice President Joe Biden, who is Trump's most likely rival in the 2020 election, according to opinion polls.

On Tuesday, Trump said he authorised the release of the full transcript of his conversation with Zelensky in order to prove that it was "a very friendly and totally appropriate call." However, the Democratic Party has begun a formal impeachment inquiry into Trump over allegations related to the phone call with Ukraine's president. 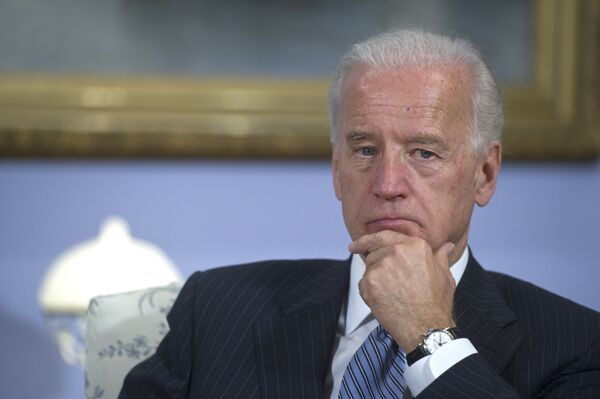 Biden's son Hunter had ties with Ukrainian major energy company, Burisma Holdings. Kiev, for its part, had previously opened an investigation into the company's founder, former natural resources minister Mykola Zlochevsky, over money laundering charges. The case was later dropped and its current status is inactive. However, Mr Trump claims that Ukraine helped Hunter Biden in a money-laundering scheme, as well as allegedly asking Zelensky to reopen the investigation.