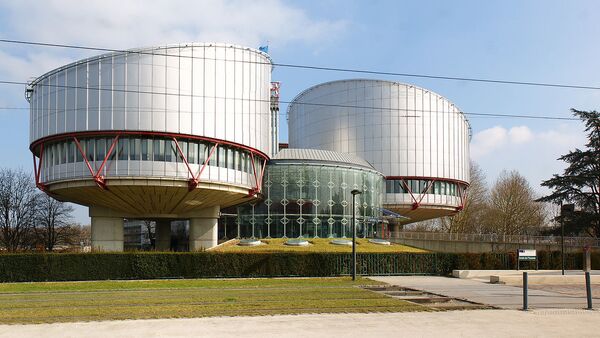 Mikhail Galperin, Russia's deputy justice minister and representative in the European Court of Human Rights (ECHR), and UK lawyer Michael Swainston have been added to the database of the notorious website that lists Ukraine’s public enemies, but the court has nothing to say about it.

A spokesperson for Europe’s top human rights court said it has “no comment on this matter” as it was asked about Russia’s point man in the court being targeted by extremists, and wished Sputnik “all the best.”

This silence could become an unfortunate development for the stalled Ukrainian peace process, as the court is looking into Ukraine’s case against Russia for alleged human rights abuses in the Crimea. 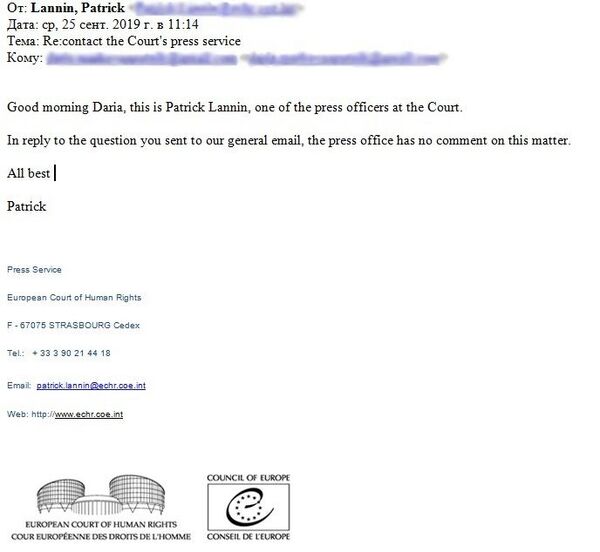 The ECHR declined to comment on the inclusion of Russian Deputy Minister of Justice Galperin and British lawyer Michael Swainston on 'Enemies of Ukraine' list
© Photo : Screenshot

Galperin and the ECHR Case

Mikhail Galperin, Russia's deputy justice minister and representative in the European Court of Human Rights, has been added to the database of the notorious website Mirotvorets that lists Ukraine’s ‘public enemies’.

Galperin is being accused of “attacking the sovereignty and territorial integrity of Ukraine, justifying Russia’s aggression, and manipulating information of public interest.” Also blacklisted is British lawyer and royal adviser Michael Swainston, a member of Russia’s legal team.

The Crimea – a peninsula of some two million people – voted to secede from Ukraine and join Russia shortly after the February 2014 coup, which overthrew the elected government and saw a rise of nationalist forces in the country.

Ukraine now claims that Russian troops had controlled the territory in the weeks leading up to the vote and is oppressing political and religious minorities there. Speaking at the ECHR hearing on 11 September, Mikhail Galperin said that Kiev’s complaints were political in effect, refused claims of human rights abuses, and argued that Russian troops prevented violence but did not control the territory at the time of the vote. It appears that this stand was what earned him the wrath of Mirotvorets.

Set up in 2014, Mirotvorets (Peacekeeper) is an extremist site that has released the personal information of thousands of people that it claims pose a threat to Ukraine, including Russian nationals, foreign journalists and cultural figures. One of the most unexpected names in the crosshairs is Pink Floyd founding member Roger Waters, who was blacklisted after saying that the United States was behind the 2014 coup in Ukraine.

Mirotvorets has sparked numerous protests in Russia and elsewhere after the 2015 killings of lawmaker Oleg Kalashnikov and journalist Oleg Buzina, whose home addresses and phone numbers were leaked by the website.

In 2017, the United Nations High Commissioner for Human Rights called on the Ukrainian government to investigate the website and take steps to remove personal data from there, but Kiev has not heeded the call.

Ostensibly, the Mirotvorets project is not run by the government; however, one of its champions was Anton Herashchenko, a former member of Ukraine’s parliament from the nationalist People’s Front. On Tuesday, he was announced as a new deputy head of the Interior Ministry.