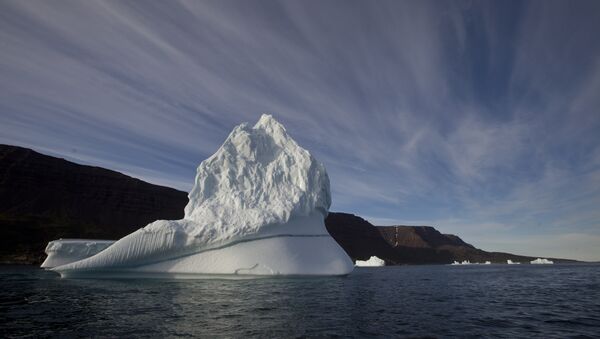 The consequences of climate change are “sweeping” and “severe,” said United Nations Intergovernmental Panel on Climate Change (IPCC) Vice-Chair Ko Barrett following the release of an IPCC report which paints a bleak picture of what’s ahead.

The Special Report on the Ocean and Cryosphere in a Changing Climate released Wednesday by the IPCC reveals that oceans are getting warmer and more acidic due to increased absorption of carbon dioxide, and their concentration of oxygen is lowering.

In fact, the report states that the rate of ocean warming has more than doubled since 1993, with marine heatwaves becoming more intense and doubling in frequency since 1982. With the loss of oxygen in the oceans, coral and marine ecosystems are in severe danger.

Global warming has also resulted in “widespread shrinking of the cryosphere, with mass loss from ice sheets and snow cover.” According to the US National Oceanic Service, the cryosphere is defined as the “frozen part of the Earth system.”

Without dramatic decreases in greenhouse gas emissions, the frequency of hurricanes and flash flooding will continue to grow, the report warns.

“This report should erase any doubts about the peril that climate change poses for the health of the ocean and, as a consequence, for human well-being," John Tanzer of the World Wildlife Fund's global oceans program is quoted as saying by USA Today. "From coral reefs and mangroves to fish populations and coastal habitats, climate change and human pressures are rapidly destroying the natural capital that supports the lives and livelihoods of hundreds of millions of people around the world."

The report was compiled by more than 100 scientists from 30 countries around the world and comes just days after 16-year-old Swedish climate change activist Greta Thunberg criticized world leaders at the UN Climate Action Summit in New York for not taking action to curb greenhouse gas emissions.

In her passionate address to UN delegates, a tearful and visibly shaking Thunberg accused world leaders of having “stolen [her] dreams and [her] childhood.”

"For more than 30 years, the science has been crystal clear. How dare you continue to look away?" Thunberg said in her address.