Bah, Humbug! Swedish Party Lobbies to Do Away With Christian Holidays in 'Multicultural Country' 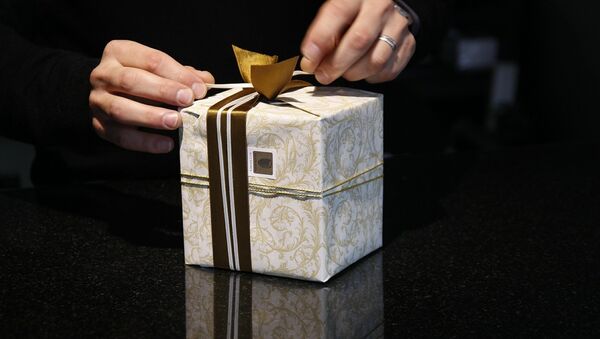 CC0 / /
Subscribe
The practice of earmarking Saturdays and Sundays as days of rest is a religiously-conditioned anachronism that today is “untimely” and “uneconomical”, Nils-Erik Mellström of the Centre Party argued.

Since today's Sweden is in many ways a multicultural and secular country, it is time to review and modernise the work week to suit everyone, regardless of their religion or cultural heritage, Nils-Erik Mellström, a district chairman of the Centre Party in Filipstad, has suggested in an opinion piece in Dagens Nyheter, one of nation's leading dailies. This would include removing Christian holidays.

We are living in a time when accessibility is expected every day of the week, Mellström contended, and our way of living is out of step with the current work week. The fact that most people's rest days fall on Saturdays and Sundays is “untimely” and “uneconomical”, he argued. The Christian cultural heritage, from where this tradition stems, “is almost completely played out”, Mellström argued.

Instead, he proposed to let everyone choose their rest days themselves. This, Mellström argued, would bring several benefits, including greater availability and better service. Removing extra costs for weekend work would imply “savings opportunities” for employers.

“As a municipal politician in Filipstad, I am convinced that a modernisation of the work week would have many positive effects for our municipal workers as well as for our taxpayers,” Mellström argued.

According to the website worldtravelguide.net, standard Swedish shopping hours are Monday through Friday 9:00 a.m.-4:00 p.m. and Saturday 9:00 a.m.-2:00 p.m. outside Stockholm, where many stores have longer hours. This mirrors practices in other European countries including Germany, where many shops are closed on Sunday.

At 8.6 percent of the vote, the Centre Party lends external support to the left-of-the-centre government led by Social Democrats.

In late 2012, the liberal-agrarian and staunchly pro-EU Centre Party made headlines with its controversial proposals for a new party programme that included free immigration, polygamy and the elimination of compulsory schooling, which were later removed.

In 2011, Social Democrat Carin Jämtin suggested replacing one of the Christian holidays with a Muslim one, in order to better reflect Sweden's multicultural nature.

“Almost all of our holidays, except Midsummer and 1 May, have a religious, Christian background. Today's Sweden is a multicultural society,” Jämtin told Swedish Radio.

In 2018, the Liberal Youth, the junior wing of the secularist pro-EU Liberal Party, went so far as to suggest removing all holidays with religious or political undertones.

As a result of several decades of liberal immigration policy, over a quarter of the Swedish population today have a foreign background. Over 8 percent of the nation's 10 million-strong population are Muslims.