No Threat to CTBT After US Withdrawal From INF - Lassina Zerbo

© Sputnik / Vladimir Rodionov
Subscribe
After the US withdrawal from the Intermediate-Range Nuclear Forces Treaty (INF Treaty) and its termination, there were widespread concerns that other international agreements were at risk.

The Executive Secretary of the Comprehensive Nuclear-Test-Ban Treaty Organisation, Lassina Zerbo, gave Sputnik his assessments on the fate of the treaty, new nuclear tests by North Korea, and who could become the next IAEA Director General.

SPUTNIK: The USA considers that North Korea continues to produce nuclear weapons, assistant Secretary of State for the Bureau of East Asian and Pacific Affairs David Stilwell has recently said. What data does CTBTO has in this regard? Have you registered something?

Sputnik: But maybe you have registered something?

Lassina Zerbo: No. So far all the six nuclear test explosions that were announced by the DPRK were registered by our International Monitoring System (IMS), and then the data were made available to every country. Apart from the six that we know of, I can’t recall any other unusual detection on the Korean peninsula. We had a lot of aftershocks from the last huge event (ie the sixth DPRK test, in 2017), but we did our analysis and provided the data to show that it was mainly due to the subsequent shocks from the main one.

Sputnik: I see. But is there a danger that North Korea may conduct some nuclear tests?

Lassina Zerbo: I hope not. I can only hope not. I am encouraged by at least the start of the bilateral discussions with the US, to try to find a suitable solution that will serve not only the Korean peninsula but the international community with regard to peace in that part of the world. It’s our hope that they’ll resume the discussions – that’s what President Trump said, that he’s ready to talk again. Chairman Kim has also said that he’s ready to talk to the US President. Let’s hope that the discussion will resume and then we will find a solution for the peninsula. 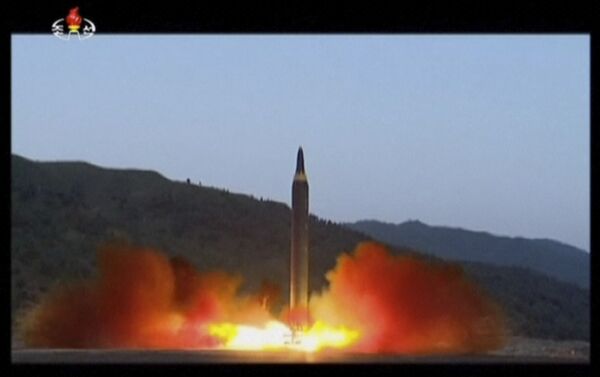 In this image made from video of a news bulletin aired by North Korea's KRT on Monday, May 15, 2017, shows what was said to be the launch of the Hwasong-12 missile at an undisclosed location in North Korea.
© AP Photo / KRT screenshot

Lassina Zerbo: Effectiveness in achieving goals is not necessarily framed in one way. If you look at the opening of the discussion between the US and North Korea, it started with the (Winter) Olympic Games in South Korea. The world was appreciative that the players from both countries (ie North Korea and South Korea) were coming together and were playing under one umbrella. And that gave the opportunity for the US to talk to North Korea. Let’s hope that whatever agreement they come to will serve the international community and involve more and more people. But you talk about US discussions with South Korea, North Korea; there’s also China’s involvement with North Korea, and Russia’s involvement with North Korea. I saw a special envoy of Sweden to the Korean peninsula who’s also working to find a way to address this issue from the Swedish perspective. So anything that could serve to peacefully resolve this problem on the Korean peninsula, even if it’s a small step, could be a big step for the international community.

Sputnik: But earlier you said that a multilateral format is something that we need.

Lassina Zerbo: When I say that multilateralism is important it’s because you have buy-in from many people. But sometimes a bilateral agreement can be a start to achieve a multilateral agreement, or something that is agreeable to everyone. I think that we’ve seen many instances where two or three or four or six countries start talking and one day agree, and it’s adhered to at the international level by everybody because it’s brought up later on in the context of either the General Assembly or the Security Council.

Sputnik: The USA withdrew from the INF treaty, the treaty no longer exists. Do you have fears that the CTBT is now also under threat?

Lassina Zerbo: No, I wouldn’t take the CTBT as being really under stress, because the CTBT enjoys 184 signatures and 168 ratifications. It’s a far broader scope, where we enjoy the support technically and financially of all those countries. So we’ve created a solid basis that will contribute to the NPT (Nuclear Non-Proliferation Treaty) framework. Our part in arms control is strong, and our part in building a verification system and a verification regime in the run-up to a time when the Treaty is in force, we think that will be a solid achievement to contribute to our future goal: a world free of nuclear weapons.

Sputnik: But the Treaty is not yet in force. So what can be done to ensure the Treaty comes into force?

Lassina Zerbo: We have a motto: "Let’s finish what we started". We’ve started working closely, diligently, day-in and day-out. We have people here who are committed to this Treaty technically, politically. We’ve brought together the CTBT Youth Group and a Group of Eminent Persons to help promote and advocate for this Treaty. We have solid staff here, experts from all over the world, who are working day-in and day-out to make sure our IMS, our International Data Centre and our On-Site Inspection capability will be at the point where we’re ready for the entry into force of the Treaty. So we’re building the technical means and the political means to achieve the entry into force of the Treaty.

Sputnik: How do you assess Russia’s role in advancing the soonest coming into force of the Treaty?

Lassina Zerbo: We’re cooperating well in terms of operating and maintaining the IMS stations on their territory. We have a few challenges in finalizing some of the station construction, and we’re working diligently on that. We have a technical coordination committee that is working to try to iron out some of the challenges so that we can finalize the segment of the IMS on Russian territory. We are up to speed with that, and we hope to finish this soon.

Sputnik: How do you assess Russia’s support in the world, how Russia advances the Treaty and its coming into force?

Lassina Zerbo: As far as the CTBT is concerned, we have had the strongest possible technical and political support from Russia, to the highest level. Foreign Minister Lavrov, and even President Putin on the 20th anniversary of the CTBT in 2016 came out openly to talk about the importance of the CTBT and its entry into force. And we see that from many other countries. We want this verification system to be strong: the IMS, the International Data Centre and the On-Site Inspection capability. And we need support from all our States Signatories to achieve that. Russia is doing that. 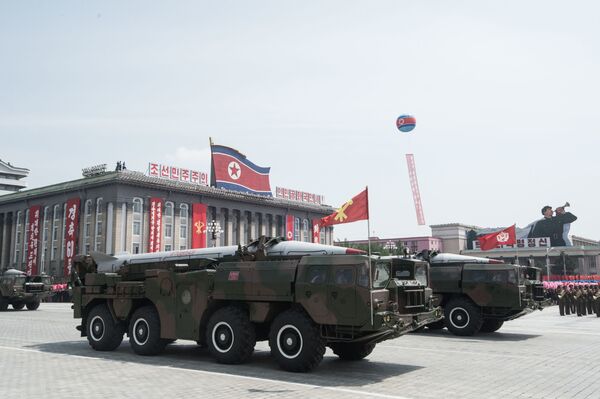 Sputnik: Maybe there’s something that Russia can do more in this regard?

Lassina Zerbo: If you ask the head of any organization, he will tell you: “I’m not getting enough, I want to have more and more”. So whatever more that Russia can do to help the CTBT’s entry into force, and help the development of the capacity of the IMS, the International Data Centre, the On-Site Inspection capability, that’s what we would love Russia to do. That’s what we would love any other country that is a signatory of the CTBT to help us achieve.

Sputnik: Are you going to meet any Russian officials in the near future?

Lassina Zerbo: It was in my plans long ago to go to Valdai (the annual meeting of the Valdai Discussion Club in Sochi), so I’m looking at my schedule right now. I’m a keynote speaker there on Africa, so I will see if my calendar will permit for me to be there. And I’m going to the Moscow Nonproliferation Conference in November.

Sputnik: You are one of the four candidates for IAEA Director-General. What do you consider as IAEA priorities?

Lassina Zerbo: Let me start by saying that we are in an exceptional situation. We are not at the end of a cycle where they are calling for nominations for Director General. We are still mourning the passing away of Director General Amano, and at the same time there’s a need to have a Director General immediately, to be able to face the challenges of this organization. So the exceptional situation in itself lies in the fact that there is a budget and a Medium-Term Strategy that are already adopted, into which any new Director General will fit and then bring his own touch. And that touch could be bringing or sustaining the transparency, the impartiality, the independence and the professionalism that this organization needs to face the challenges ahead. You have short-term challenges and you have long-term challenges. The short-term challenge could be political; the long-term could be more in the management field, and the sustainability and running of the organization. This is what I hope to achieve if I am elected as Director General. I would not be coming to rock the boat, I’d be coming to consolidate what is good, and then work to improve what Member States of the Agency think needs improvement. But it’s done in consultation with states, because every Director General or every head of an international institution has only the flexibility that is given to him by Member States.

Sputnik: Do you count on Russia’s support of your candidacy?

Lassina Zerbo: I count on everyone’s support. I hope to have the 35 Board members’ support. But what you need is 171 countries that are part of the IAEA. You want all of them to support you so that you have the legitimacy, the credibility to do your work properly, transparently, independently and with the right priorities looking ahead.

Sputnik: Who is going to be next CTBTO Executive Secretary in case you win?

Lassina Zerbo: Member States Signatories of the CTBT will decide because it’s their prerogative. We’re in the process of appointment for the next Director General (of the IAEA), and it should be the same for the CTBTO. Some say that this organization has been so much associated with me, so they’re asking me this question. But, you know, no one is indispensable. The recent example in life has shown that we have to think a little bit more about what we do every day, because things can change from one day to another. Probably someone will come with innovations and do as well as I did – even better than I did – for the CTBTO, and that’s what I hope for the organization. And that’s what I hope for the Agency as well.

Sputnik: Is it already known when IAEA Director-General should be elected, are there terms?

Lassina Zerbo: I heard that the IAEA Director-General should be able to start by the 1st of January. We’re waiting for the Board to give us a layout of when the election will happen. But sometimes you don’t need an election. So we hope there will be a consensus candidate, because you need that type of consensus. All four candidates are great. What we need is the candidate who states think best fits the challenges for this organization in the next few years.