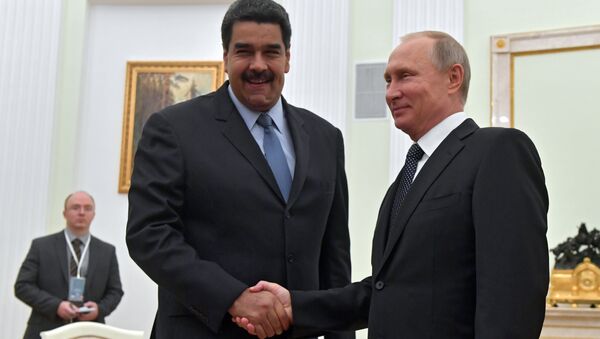 NEW YORK (Sputnik) - Russia can soften the current crisis in Venezuela and play a constructive role in the negotiated solution between the parties, Juan Pablo de Laiglesia Spain’s Secretary of State for International Cooperation, Ibero-America and the Caribbean, said.

Venezuelan President Nicolas Maduro thanked Russia for supporting the sovereignty of his country during an interview with the Rossiya 24 news channel, a part of which was broadcast on Monday.

Venezuela has been experiencing a humanitarian and political crisis that intensified in January when US-backed opposition leader Juan Guaido disputed Maduro's re-election and declared himself interim president.

Maduro has called Guaido a US puppet and accused Washington of trying to orchestrate a coup to seize Venezuela’s resources.

In the meantime, Russia, China, Turkey and several other countries stated that Nicolas Maduro is the only legitimate head of Venezuela.