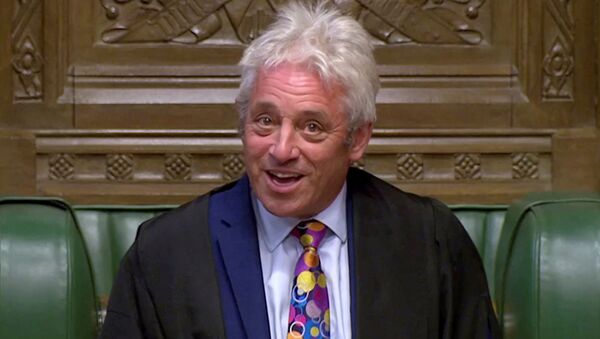 Labour leader Jeremy Corbyn has already demanded the Prime Minister's resignation - although the Premier is currently 3,500 miles away from London in New York, where he’s scheduled to meet with President Donald Trump at the United Nations later. Johnson has nonethless previously vowed not to resign if he lost the case.

The Supreme Court has ruled Boris Johnson’s prorogation of parliament was unlawful, and in turn Commons speaker John Bercow has announced the House must be reconvened “without delay”.

“I welcome the Supreme Court's judgement the prorogation of parliament was unlawful. The judges have rejected the Government's claim that closing down Parliament for five weeks was merely standard practice to allow for a new Queen's Speech. In reaching their conclusion, they’ve vindicated the right and duty of parliament to meet at this crucial time to scrutinise the executive and hold Ministers to account. I will now consult the party leaders as a matter of urgency,” Bercow said.

In response, rather than dwelling on the potentially seismic constitutional implications of the judgment, or the future of Brexit, many have taken to social media to mock Bercow's rousing call to arms.

John Bercow when he heard the Supreme Court ruling 🤣🚀 pic.twitter.com/0jQ8O3WmDQ

That’s 7 out of 7 times Johnson has lost since he became PM.

live scenes of john bercow strolling through the front doors of the house of commons #SupremeCourt pic.twitter.com/LmErISw32f

The Speaker of the House, John Bercow:

“The House of Commons must convene without delay."

​​​Bercow's demand follows a savage judgment in which President Lady Hale said Johnson’s decision to ask the Queen to shut down the Commons for five weeks was “unlawful, void and of no effect”.

“The decision to advise Her Majesty to prorogue was unlawful because it had the effect of frustrating or preventing the ability of parliament to carry out its constitutional functions. Parliament has not been prorogued,” she ruled.

Lady Hale also viciously attacked Johnson’s motives, stating the impact on the “fundamental” of UK democracy of his decision “was extreme”.