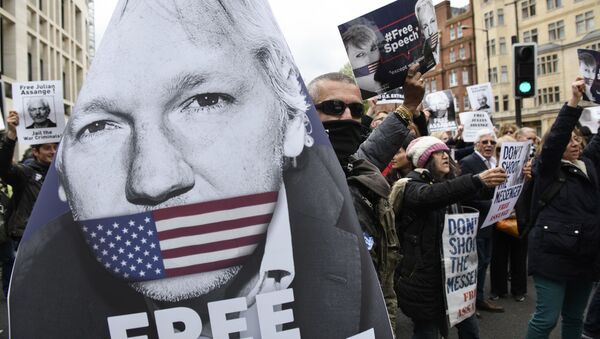 Finian Cunningham
All materials
Julian Assange, the founding editor of Wikileaks, is being detained in a British top-security prison indefinitely. But in the view of his distraught father, the incarceration of Assange has a deliberate purpose – to kill him.

John Shipton flew to Britain from Sydney, Australia, earlier this month in the hope of seeing his 48-year-old son released from jail. Assange was due for release this week on September 22 because his sentence for a bail infringement had been served out on that date.

Instead, a British judge ruled on September 13 that Assange must remain in prison, claiming that he was likely to “abscond”. He will be held in remand while hearings are made next year for an extradition request by the American government to the British authorities.

Meanwhile, Assange’s health is rapidly deteriorating. His body weight has shrunk by 15 kgs, according to his father. He is also being denied proper access to his legal team in order to prepare a defence case against extradition.

A UN special rapporteur on torture visited the prisoner back in May and concluded then that Assange was showing the signs of psychological torture. The UN report called for his immediate release.

“They are trying to murder my son,” said Assange’s father, John Shipton, in an interview with this author. He added that the British judges are acting with “insouciant malice” in a deliberate attempt to destroy the mental and bodily health of the Australian-born publisher. 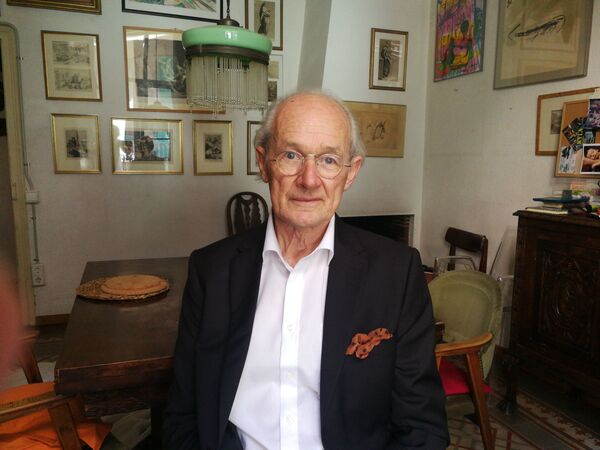 In April this year, British police forced their way into the Ecuadorian embassy in London, where Assange had been confined for nearly seven years in a cramped room. He was granted political asylum in 2012 after he skipped bail from a British court in a case alleging sex assault in Sweden. Assange feared that the Swedish and British authorities were colluding to contrive his extradition to the US where he would face severe prosecution for “spying”.

Assange’s fears were well-placed because the Americans have since filed charges under their Espionage Act which could result in the Wikileaks publisher facing 145 years in jail. He continues to be detained by the British while the extradition process proceeds, even though the original sex-assault case was dropped several years ago by Swedish prosecutors due to lack of evidence.

John Shipton says his son is being persecuted for “simply telling the truth” about war crimes committed by the American, British and other Western states during illegal wars conducted in Afghanistan and Iraq.

Assange’s Wikileaks worked with whistleblowers like Chelsea Manning and Edward Snowden. Snowden is living in exile in Russia. His vital disclosures exposed massive global spying by the US government and its British ally against ordinary citizens around the world in gross violation of privacy, international law and human rights.

“The achievements are many,” said Shipton referring to the voluminous disclosures by Wikileaks over the past decade. “In diplomatic cables, we can read of how the geopolitical world is composed and disposed of people therein. We can understand what Uncle Sam wants and how the US state gets what its wants. Many millions of people, communities and states benefit from Wikileaks, some greatly. Example, Chagos Islanders at the International Court of Justice. Iraq War and Afghan files exposing war crimes. Vault 7 exposing CIA cyber illegalities and crimes. The ‘Collateral Murder’ video’s revelation of US war crimes in Iraq. The list of revelations and beneficiaries is long and deep. Julian Assange and WikiLeaks are a necessity.”

In the early years after establishing Wikileaks in 2006, Julian Assange was celebrated and hailed as a “truth-teller”. Some prominent Western media used his site’s revelations about US government illicit spying.

However, eventually, the powers-that-be got their revenge. For the past seven years since 2012, Assange has been in de facto detention; and if the US and British authorities get their way, he may die in prison.

Shamefully, too, erstwhile Western media supporters of his crusading type of journalism have since abandoned his plight. There are hardly any reports in the media about his incarceration and how it is a flagrant breach of due process and his legal rights. The same media that previously exploited Assange’s blockbuster stories have only lent credence to smears against him, such as him being a “cyber terrorist” or a “Kremlin agent” for exposing Western governments’ high crimes.

Julian Assange is being held in solitary confinement in a Special Category A British prison, Belmarsh, in London. It is one of harshest penal institutions in Britain, where mass murderers and convicted terrorists are usually kept in dungeon-like lockdown conditions. The disproportionate mistreatment of Assange is an outrage, but indicative of the vindictiveness of the powers-that-be.

His father says he is being prevented from visiting his son despite having travelled all the way from Australia. One can only imagine the anguish and torment he feels, knowing that his beloved son is being crushed alive inside a concrete grave.

Assange’s friends like actress Pamela Anderson, a courageous woman indeed, have also made pleas for his life to be spared. Pink Floyd singer-songwriter Roger Waters and award-winning journalist John Pilger are some of the other principled public figures who are defending his right for freedom.

Julian Assange deserves the British public and the public elsewhere to be out on streets in their millions demanding his immediate release. Assange helped free millions of people around the world from the prison of lies imposed by Western governments and their dutiful media. Now the people should act to free Assange.