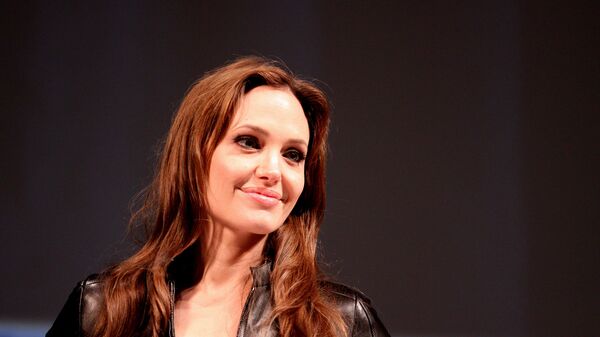 Jolie's alleged intervention in Pitt's affairs was apparently caused by the fact that she “can’t stand the Kardashian clan” and doesn't want her children anywhere near them.

Citing its sources, the media outlet has revealed that Jolie made it clear in no uncertain terms that if Pitt values his relationship with his children, he should steer clear of Kim Kardashian's husband.

Bromance Over! Angelina Jolie Demands Brad Pitt Stay Away From Kanye West - singing praises to GOD, you got my vote. Who you sing it with, is God’s judgement ❗️ https://t.co/30W4PC7Xin

"Angelina can’t stand the Kardashian clan and wants her children nowhere near them, and she’s told Brad as much. She’s pretty much issued him an ultimatum: It’s Kanye or the kids," a source said.

This development comes after Pitt started attending West's Sunday Services, describing them to ET as "a pure celebration of life and people," adding that he thinks that Kanye "was doing something really special there."

"Brad can obviously be friends with whoever he wants but he knows Angie has the power to really mess with him if he continues to see Kanye," the source remarked.