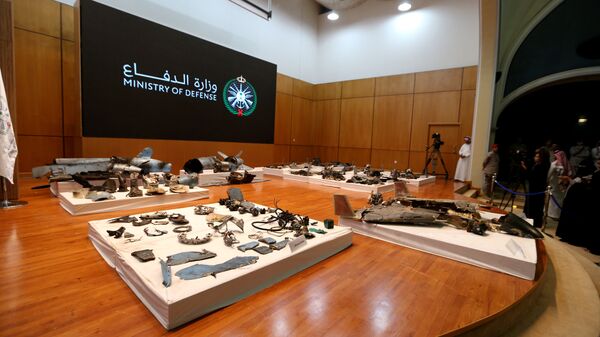 Ilya Tsukanov
All materialsWrite to the author
The drone attacks on two major Saudi Aramco plants at Abqaiq and Khurais were carried out on September 14. As a result of significant damage done to the facilities, the production of about 5.7 million barrels of crude oil per day, or about half of Saudi Arabia’s total daily output, was temporarily suspended.

Saudi Foreign Minister Adel al-Jubeir has announced that Riyadh is considering all options, including military, after the probe into the attacks on Aramco oil facilities is completed.

"We want to mobilise international support, and we want to look at all options - diplomatic options, economic options and military options - and then make the decision," he said, speaking in New York on Tuesday at a conference on the sidelines of the UN General Assembly.

Al-Jubeir said Riyadh's investigation into the attacks should be completed "fairly soon."

The foreign minister reiterated Tuesday that Riyadh has reason to believe that Iran was responsible for the Aramco attacks, saying the kingdom held this view "because the equipment is the Iranian equipment."

According to the foreign minister, despite the attacks, Saudi Arabia wants to "make sure that we avoid war at all costs."

Earlier in the day, United Nations Secretary-General Antonio Guterres warned that the world faces "the alarming possibility of armed conflict in the Gulf, the consequences of which the world cannot afford."

"In a context where a minor miscalculation can lead to a major confrontation, we must do everything possible to push for reason and restraint," Guterres said, adding that the UN considers the attack on Saudi Arabia's oil facilities was "totally unacceptable." 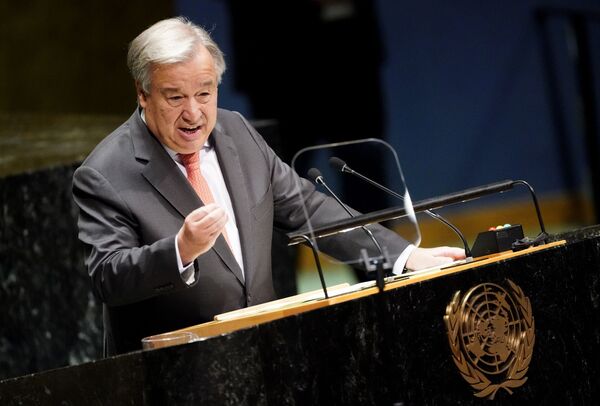 In the early hours of September 14, a drone attack targeted Saudi Aramco's Abqaiq and Khurais oil processing facilities, forcing the national oil company to shut them down. This resulted in a more than twofold drop in Saudi Arabia's daily net oil output. The United States and Saudi Arabia almost immediately put the blame on Iran. Tehran has vocally denied having any role in the incident.

The Houthi militia, a Yemeni-based militia group which has de facto control over much of that war-torn country, claimed responsibility for the attacks, and have since warned that they would launch more drone and missile strikes against Saudi Arabia until the "ongoing shelling, blockade and agression" against their country was stopped. Prior to the September 14 attacks, the militants launched several dozen drone and missile attacks against other targets inside Saudi Arabia, targeting everything from airports and military bases to air defence facilities and Saudi cities.

Riyadh and Washington have repeatedly accused of supporting the Houthis and providing them with advanced military capabilities. Tehran has denied these claims, pointing to the tight blockade of Yemen by the Saudi-led coalition, which began an operation in the country in 2015 to try to restore its ousted president. 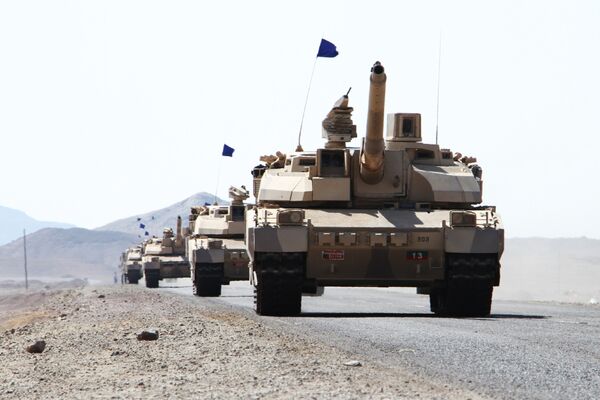 French-made Leclerc tanks of the Saudi-led coalition are deployed in the coastal district of Dhubab on January 7, 2017, during a military operation against Shiite Huthi rebels and their allies
© AFP 2022 / SALEH AL-OBEIDI

On Tuesday, Iranian President Hassan Rouhani repeated Tehran's assertion that it had nothing to do with the September 14 attacks, and said that the Houthis had "humiliated the United States," with their drones allegedly hitting the Saudi oil facilities due to the ineffectiveness of the US-made anti-missile systems used by the kingdom for air defence.

Rouhani's remarks echoed that of a high-ranking source in the Russian Defence Ministry, who told Russian media last week that that the drones and guided missiles reportedly used in the attacks demonstrated the failure of the powerful Patriot missile defence grid meant to guard Saudi Arabia's airspace.