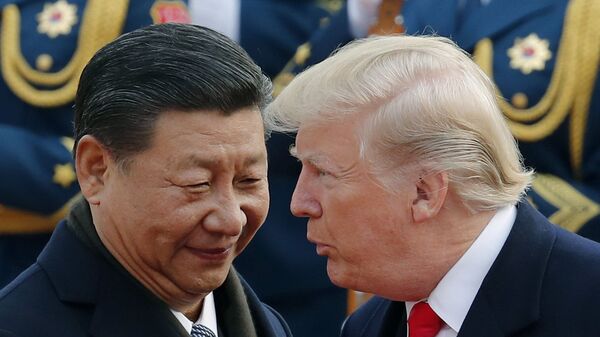 A planned visit by a Chinese trade delegation to farms in the American heartland was cancelled at the request of the US, people familiar with the matter said, reports Bloomberg.

The same sources confirmed the decision was not caused by a negative turn in the lower-level trade discussions hosted last week by Washington.

According to the sources, US Trade Representative Robert Lighthizer’s office didn’t learn out about the visit until it was arranged, and subsequently asked the Chinese delegation to cancel the trip.

The Chinese side was informed the cancellation was due to domestic reasons, another person said.

China’s Vice Agricultural Minister Han Jun, a member of the trade delegation, said Saturday in Washington that the farm tour had been discussed but not finalised, and the US would reschedule the invitation.

China is optimistic about the outcome of this week’s trade talks with the United States, the Ministry of Commerce said on Saturday, adding that Beijing and Washington were preparing for a new high-level round of talks.

Han said China is willing to expand agriculture trade with US and deepen cooperation “on the basis of equality and mutual respect”.

The parties also discussed preparations for the 13th round of high-level trade negotiations, when Chinese Vice Premier Liu He plans to visit Washington to meet Lighthizer and Treasury Secretary Steven Mnuchin, according to separate sources familiar with the matter, aiming for a high-level meeting around 10 October.

News about the cancellation of the Chinese delegations trip came about an hour after US President Donald Trump said he wasn’t interested in “a partial deal” with China based on Beijing increasing its purchases of US agricultural products.

US farming has become a main target for Beijing, recognising the political importance of rural America for Donald Trump’s re-election campaign, with China’s retaliatory tariffs on everything ranging from American apricots to soybeans hitting at a time when producers have also suffered from extreme weather.

But Trump told reporters during a meeting with Australian Prime Minister Scott Morrison on 20 September that he wouldn’t relent without reaching a “complete deal” with China.

Trump added that while he has an “amazing” relationship with Chinese President Xi Jinping, right now they’re having “a little spat.”

Trump’s remarks Friday watered down any optimism that a partial deal might serve to break the impasse in the trade row. 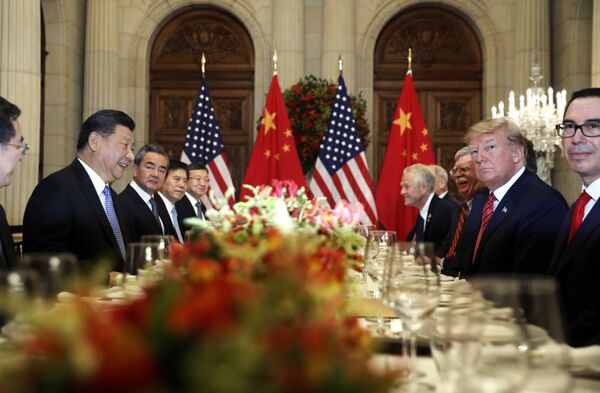 Previously administration officials discussed offering an interim trade agreement to China that would delay and even roll back some US tariffs in exchange for Chinese commitments on intellectual property and agricultural purchases.

Washington and Beijing have been engaged in a trade war since June 2018 when the United States hiked duties on $50 billion worth of Chinese imports in a bid to balance the trade deficit, prompting Beijing to respond in kind.

Since then, the sides have exchanged several rounds of duties and are engaged in the talks to settle their disagreements.