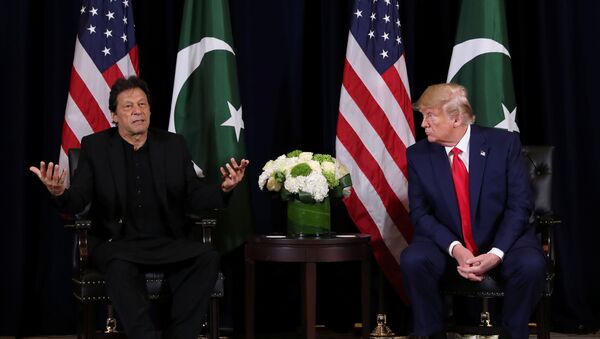 © REUTERS / JONATHAN ERNST
Subscribe
Suggestions that US President Trump should be offered the Nobel Peace Price have been floated since the beginning of negotiations with North Korean leader Kim Jong-Un in Singapore and Vietnam, in 2018 and 2019, respectively.

US President Donald Trump criticized the Noble Peace Prize and US President Barack Obama on Monday, opining that he would receive the award "if they gave it out fairly".

While sitting down with Pakistani Prime Minister Imran Khan, Trump mocked the former two-term US president for not knowing why he was offered the prize, saying "I would get a Nobel prize for a lot of things, if they give it out fairly, which they don't. They gave one to Obama immediately upon his assent to the presidency and he had no idea why he got it. You know what? That was the only thing I agreed with him on".

The Trump comment was made while speaking with the leader of Pakistan who is in New York to attend the annual United Nations General Assembly meeting.

The US leader offered to help Khan negotiate a peace agreement between Pakistan and India over Kashmir, a region which both countries dispute sovereignty and that has seen significant violence break out in recent months.

"If I can help I will always do that. I am ready willing and able," he stated on Monday.

Talks of Trump becoming a recipient of the Nobel Peace Prize have been floated by some since the beginning of his talk with North Korea leader Kim Jong-Un in June 2018, including by South Korean President Moon Jae-In, who stated that Trump deserved the prize.

18 Republicans in Congress submitted Trump's name to the Nobel Committee in Oslo, Norway, the organization that determines the winner of the award, for the Singapore meeting with the North Korean leader. 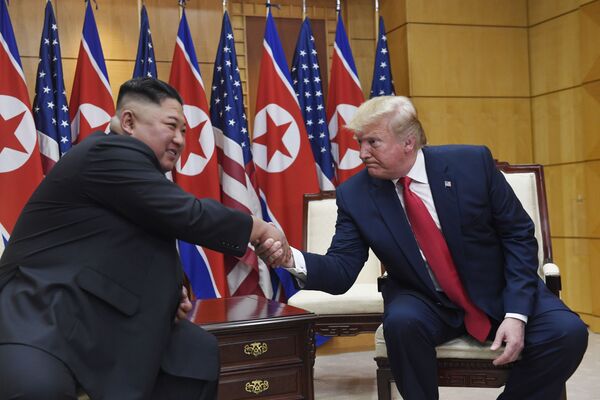 In 2009, President Obama was offered the Noble Peace Prize shortly into his first year as president for "extraordinary efforts to strengthen international diplomacy and cooperation between people," according to the citation on the award.

"Only very rarely has a person to the same extent as Obama captured the world's attention and given its people hope for a better future. His diplomacy is founded in the concept that those who are to lead the world must do so on the basis of values and attitudes that are shared by the majority of the world's population," the citation reads.

The decision to grant the award to the newly elected US president received criticism for purportedly not accomplishing anything of significance to deserve the distinguished honor.

Even Obama said he was "surprised" to have been given the award, and in an interview with US TV host Stephen Colbert about his legacy as president in 2016, said "to be honest, I still don't know".