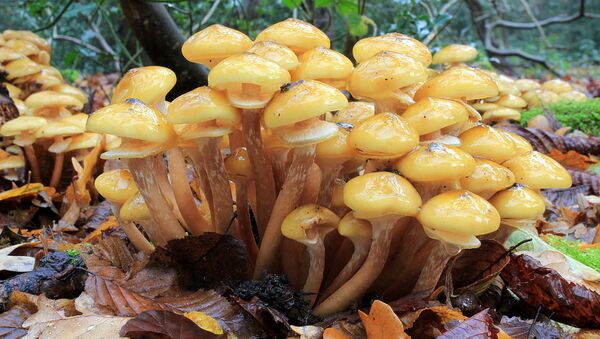 CC BY-SA 3.0 / Stu's Images / Armillaria mellea, Honey Fungus
Subscribe
Despite the widespread of honey mushrooms (genus Armillaria), their mitochondrial and nuclear genomes have not been sufficiently studied, while it is well-known that these fungi can provoke the death of woody plants and grow to gigantic proportions.

Scientists of the Siberian Federal University (SibFU) together with a German colleague have been the first in the world to study and decipher the mitochondrial genomes of four species of honey mushrooms common in Siberian boreal forests, and the nuclear genome of one of them, according to a study published in BMC Genomics.

"Here we completely sequenced, assembled, and annotated the circular mitogenomes of four species: A. borealis, A. gallica, A. sinapina, and A. solidipes, as well as the nuclear genome of A. borealis," said a leader of the study, Professor at the Department of Forest Genetics and Forest Tree Breeding, University of Göttingen, and Professor of Siberian Federal University, Dr. Konstantin V. Krutovsky.

A comparative analysis of genomes will offer an insight into their evolution and functioning, and in the future, using genetic engineering and genome editing, help fight the detrimental impact of fungi.

Species in the genus Armillaria are well-known as pathogens on plants.

Many of them cause white-rot root disease in diverse woody plants worldwide. Some honey mushrooms are known to grow to gigantic proportions.

It’s hard to even imagine that the fungus, or more precisely, the mycelium of the dark gum, growing in the forest reserve of Malur, Oregon (USA), is the largest living organisms on Earth. The mycelium lives on an area of almost 1000 hectares, which is approximately 1600 football fields, boasting an age of some 2,500 years, and weighing in at over 600 tons. The fungus is also called the Oregon monster. 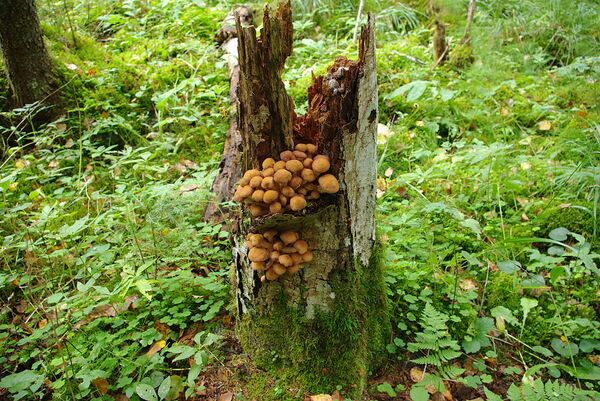 A seemingly benign small mushroom can become a murderous pathogen and affect trees around the world.

The mitochondrial genomes are widely used in evolutionary and population studies, but despite the wide distribution of Armillaria, the completely sequenced and annotated mitogenomes have not previously been reported for this genus.

Thanks to the study, biologists and genetics will be able to better understand the interaction of mitochondria (the intracellular "energy factory" of all higher organisms from fungi to humans) with the nuclear genome, as well as to study their functioning and evolution.

Further studies on the basis of this research will be instrumental in conducting a comparative analysis of different types of mushrooms and protecting forests from detrimental impact of fungi.

One of the senior authors of the study, Prof. Dr. Igor N. Pavlov of the Institute of Forest, Siberian Branch of Russian Academy of Sciences, noted that studies of forests in Krasnoyarsk Territory showed the presence of root rot even in apparently healthy coniferous and deciduous trees.

"At present, it is the Armillaria borealis that causes massive drying out of conifers," he said.

The scientist concluded that it is still a mystery as to why this is happening, besides the impact of climate change, which northern forests are particularly sensitive to, and further research will hopefully shed light on this.