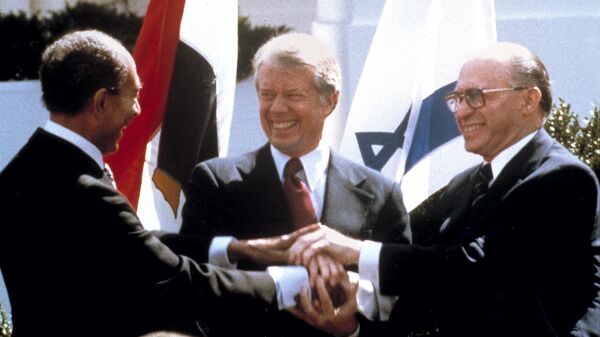 Ilya Tsukanov
All materialsWrite to the author
According to a Foreign Policy magazine report, the Carter administration was concerned that outing Tel Aviv's nuclear test might jeopardise the Camp David Accords to broker a peace deal between Egypt and Israel, as well as progress made between Washington and Moscow on the signing of an important arms control pact.

On 22 September 1979, a United States Vela surveillance satellite monitoring the South Atlantic picked up a “double flash” signal traditionally characteristic of a nuclear explosion, prompting the Carter White House to hold an emergency meeting to find out what had happened and who was responsible. The prime suspects at the time were almost immediately named as Israel and South Africa, with both widely speculated to have clandestine nuclear programmes.

Crucially, both countries were party to the Partial Nuclear Test Ban Treaty, with the 22 September event a potential violation of both the PNTBT and relevant US non-proliferation measures, backed with the threat of sanctions and an end to any arms assistance for violator states.

But the culprit was never found, and the incident faded into history.

Now, 40 years later, Foreign Policy magazine has put together a comprehensive investigation featuring declassified documents, the testimony of former officials, and scientific and academic analysis, concluding that the evidence decisively points to the Israelis.

‘Indication of a Nuclear Explosion’

On September 22, 1979, President Jimmy Carter wrote in his diary: “There was an indication of a nuclear explosion in the region of South Africa – either South Africa, Israel using a ship at sea, or nothing.”

Studies of ground zero, the Prince Edward Islands, situated about 1,000 miles (1,600 km) southeast of South Africa, gleaned faint evidence of radioactive fallout, including radioactive iodine-131, which was later found in the thyroids of sheep in western Australia, as well as hydroacoustics data by the US’s Naval Research Laboratory indicating that a nuclear explosion did in fact take place.

However, instead of taking the investigation public, the Carter administration chose to downplay the incident, with the White House working on a public relations strategy to dismiss the satellite data, and to muddy the waters to create uncertainty. In May 1980, Carter’s panel of scientific advisors, which met three times to discuss the event, concluded that it was their scientific opinion “that the September 22 signal was probably not from a nuclear explosion.” Furthermore, in mid-1980, the White House classified the Naval Research Laboratory’s 300 page report on the event.

Despite the official position, on February 27, 1980, Carter wrote in his diary that “We have a growing believe among our scientists that the Israelis did indeed conduct a nuclear test explosion in the ocean near the southern end of Africa.”

Israel has never openly confirmed or admitted that it conducted the 1979 test, and has not commented on the Foreign Policy story, either. 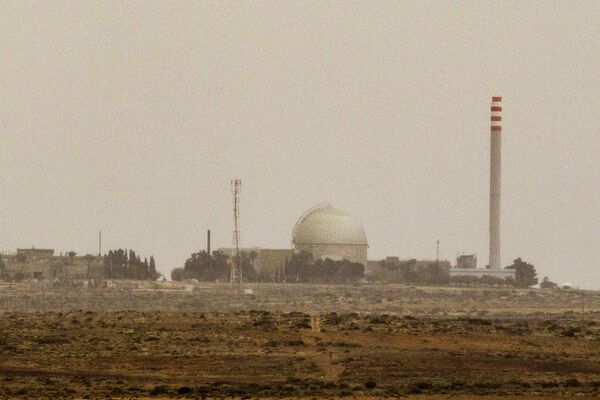 According to FP, several factors may have prompted President Carter to cover up the test, not least of which was his bid for reelection in 1980, with the test presumably threatening to shake public confidence in his nuclear arms control and nonproliferation efforts, including the Comprehensive Nuclear Test Ban Treaty with the USSR, and a cut off in aid to Pakistan over that country’s efforts to acquire nuclear technology.

It was also believed that blaming Israel and withdrawing US support would be likely to put strain on the Camp David Peace Accords between Egypt and Israel, signed in 1978, and lead to a decline in support for the president from the pro-Israeli electorate at home, the magazine noted. 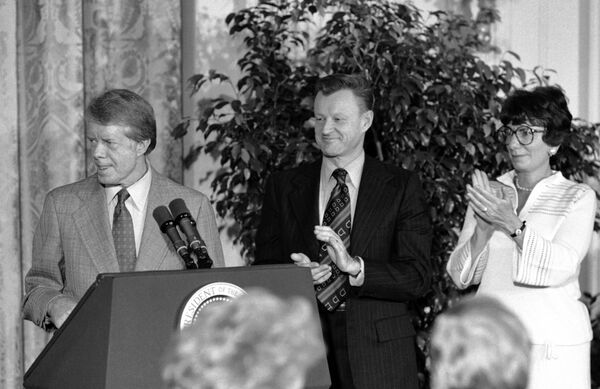 Avner Cohen, a professor and senior fellow at the Middlebury Institute of International Studies and co-author of FP’s report, told Haaretz that 40 years after the fact, the “scientific and historical consensus” is that “it was a nuclear test and that it had to be Israeli,” and that a cover-up, whether formally agreed to by Carter or not, did in fact take place. However, even now, Cohen noted, despite the passage of 40 years, “a great deal of material remains classified and only very little has been released”.

Israel is thought to have begun the large-scale manufacture of nuclear arms after the 1967 Arab Israeli War, and to this day is believed to be the only state in the Middle East to possess nuclear weapons. The country is estimated to have between 80 and 400 nuclear warheads in its arsenal, deliverable by aircraft, submarine-launched cruise missiles, and the Jericho III intercontinental ballistic missile. However, Tel Aviv’s official policy is neither to confirm nor deny its status as a nuclear power. 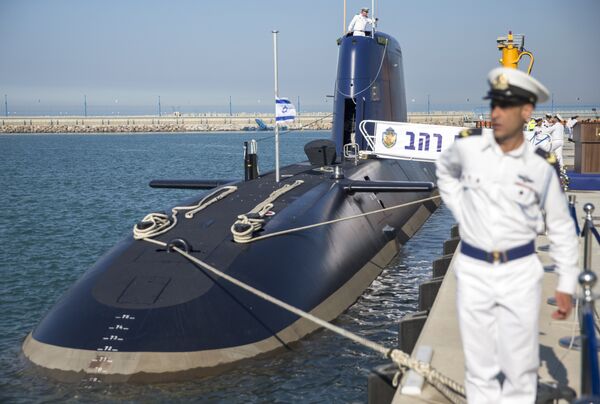 The German-made INS Rahav, the fifth Israeli Navy submarine, arrives at the military port of Haifa on January 12, 2016. In September 2015, Israel received delivery of the fourth Dolphin 2 class submarines from Germany. A third of the cost was funded by Germany as part of its military aid to Israel. The submarines, the most sophisticated in Israel's fleet, can be equipped with missiles armed with nuclear warheads.
© AFP 2022 / JACK GUEZ
Newsfeed
0
Access to the chat has been blocked for violating the rules . You will be able to participate again through:∞. If you do not agree with the blocking, please use the feedback form
The discussion is closed. You can participate in the discussion within 24 hours after the publication of the article.
To participate in the discussion
log in or register
loader
Chats
Заголовок открываемого материала