‘He Was Researching’: UK Boy Who Hanged Himself Took Part in Momo Challenge WhatsApp Chat 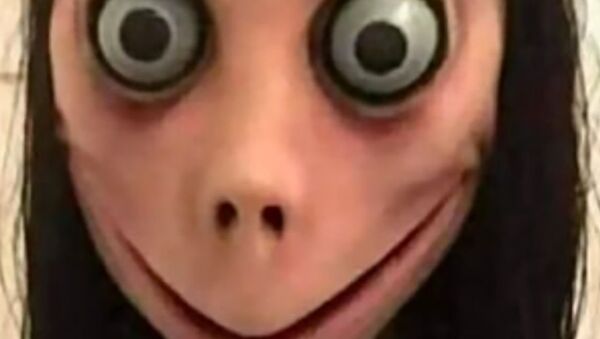 © Photo : YouTube
Subscribe
International
India
Africa
The boy found dead in March was “experimenting” with new things, which led to him strangling himself, the coroner and an investigator concluded.

A 13-year old UK boy, Luke Bunce, who was found hanged in his home in March, was a member of a WhatsApp chat that discussed the infamous Momo Challenge, the Daily Mirror reported Monday. The report says the coroner proclaimed the boy’s death a misadventure this Monday.

According to the investigation, the boy researched hanging on the Internet since January, which included viewing hanging-related cartoon images and searches for “hanging anime.”

"Just prior to Luke's death, Luke was researching hanging anime. Cartoon animations of various figures which were hanging, cartoon characters and, from memory, Luke first started to search hanging in January this year and then just prior to his death,” Detective Sergeant Dawn White said, according to the Mirror.

According to the detective, who investigated the boy’s computer, there were 44 images of different characters.

“There were cartoons and there were some of the old-fashioned type of people hanging,” the detective said. “There was nothing to suggest that Luke was looking to do this intentionally, nothing on his phone to suggest this was anything other than what he was researching.”

The coroner, Samantha Marsh, added that the boy was part of a WhatsApp chat group in which friends discuss the infamous Momo Challenge – an urban myth, which says a mysterious account with an uncanny sculpture as avatar calls children and urges them to harm themselves. However, the coroner says the boy did not take an active role in the discussions.

"There is no suggestion that Luke took an active role in these conversations or chats," the coroner said. "He just appears to have been included in a group where it was discussed. He does not appear to have done any research on Momo or any way to harm himself. The Momo challenge in itself has not played any causative part in Luke's death.”

The coroner also saai the boy’s suicide was not intentional.

"I am sure Luke did not intend to commit suicide that day. Luke was curious and he was experimenting, trying something out, as with the previous incident,” she said.

One year earlier, Luke accidentally set some paper on fire as he played with a lighter, the report said.

"It [hanging] is a very very quick process and I do not think he would have appreciated the very small time frame he would have had to reverse his decision. Within around 10 seconds he would have closed his eyes and essentially gone to sleep,” the coroner said.

The parents say they monitored the boy’s WhatsApp messages and noted that he did not have any other social media accounts.

"We used to check his WhatsApp messages, but he had no Facebook or Instagram, no other access to social media. We'd charge his phone at night, so he knew we'd have it,” his mother, Stephanie, said. "I think Luke was experimenting on this day for some reason. He did not understand the dangers of what could happen."

The Momo Challenge hit international headlines in 2018, as worldwide panic arose about an alleged malefactor ring using WhatsApp to drive children to self-harm and suicide. The phenomenon has since been deemed a myth. A number of Internet celebrities, including Kim Kardashian, contributed to the popularity of the hoax.