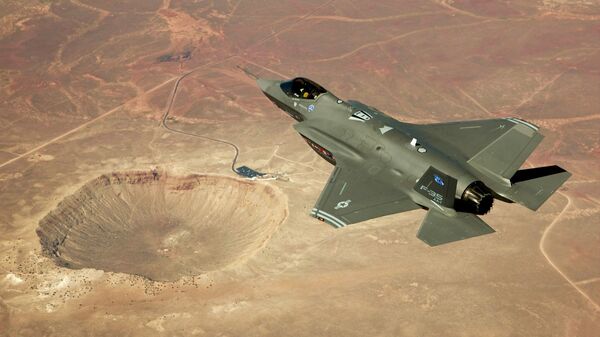 CC0 / /
Subscribe
International
India
Africa
Ilya Tsukanov
All materialsWrite to the author
Washington kicked Ankara out of the F-35 fighter programme this summer, after the country began taking delivery of its Russian-made S-400 air defence systems, which the Pentagon repeatedly claimed might compromise the security of Lockheed Martin’s advanced fifth-generation aircraft.

Senior South Carolina Republican Senator Lindsey Graham has said that he would support an effort to try to get Turkey back into the F-35 programme, telling Turkish media that he would like to see the NATO ally regain its access to the advanced fighter.

“I’m hopeful we can get a more strategic relationship with Turkey, support it, try to get them back into the F-35 programme, maybe talk about a free trade agreement, because Turkey is a very important ally, not just when it comes to Syria, but really the whole region,” Graham said, speaking to reporters after a meeting with Turkish President Recep Tayyip Erdogan.

Graham had previously stepped out against possible US sanctions on Turkey for its purchase of Russia’s S-400 missile systems under the Countering America’s Adversaries Through Sanctions Act (CAATSA), a 2017 law he supported aimed at curbing Russian military exports.

The United States formally blocked the delivery of F-35 fighters to Turkey in July, after the country began taking delivery of its first batch of S-400s under a $2.5 billion deal signed by Moscow and Ankara in late 2017. 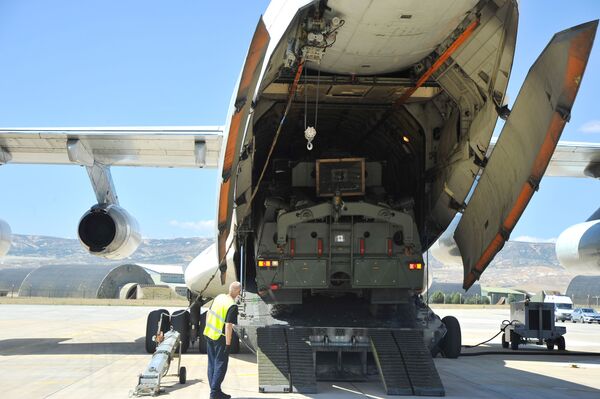 US and NATO officials have repeatedly warned that the S-400s’ presence in Turkey might allow Russia to collect sensitive information about NATO systems, as well as the F-35 fighter and its stealth capabilities. In May, a senior Pentagon official said the deployment of S-400s in Turkey would be “devastating,” both for the F-35 programme and in terms of continued Turkish interoperability with NATO. It’s also been speculated that the presence of both systems would have allowed Turkey to test just how formidable the pricey F-35’s stealth systems were when matched up against the Russian system.

Late last week, the Russian ministry of defence said the Pentagon’s concerns over Turkey’s S-400 air defence systems and their potential to ‘lift the veil of secrecy’ about the F-35’s capabilities were “not entirely unfounded.” According to the Russian military, F-35s were only “invisible” to their foreign buyers, and to US taxpayers.

Turkey had been a key partner in the F-35 programme, serving as the supplier of about 900 components, and spending over a billion dollars on the fighter’s development. Turkey planned to buy upwards of 100-120 of the advanced planes, whose production cost ranges from $90-$115 million apiece. The Trump administration’s decision to boot the country out of the programme is believed to have cost the US about $500-$600 million in engineering costs to be able to build the parts traditionally handled by Turkish suppliers.

President Erdogan has repeatedly criticised the US move to kick his country out of the F-35 programme. Late last month, Erdogan said Ankara was now in talks with Russia on the possibility of buying Russia’s Su-57 fighter aircraft instead. Erdogan made the remarks after visiting an airshow with Russian President Vladimir Putin, where he reportedly also expressed interest in Russia’s MiG-35, and Su-35 fighters.