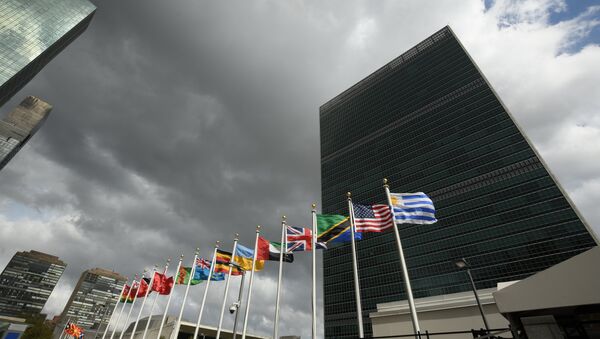 Earlier on Sunday, Rouhani's administration said that Iranian President would meet with UK Prime Minister Boris Johnson and French President Emmanuel Macron on the sidelines of the UN General Assembly.

"The failure to issue visas for the delegation, accompanying the president, some deputy chiefs of staff and the press pool runs counter to the diplomatic obligations officially assumed by the US government as a member of the United Nations and the host country," Esmaeili told the Iranian television.

Previously, the United States issued visas to Iranian President Hassan Rouhani and Foreign Minister Javad Zarif in order to attend a high-level meeting at the UN General Assembly in New York. Iranian media outlets earlier reported, without providing a source, that Iran’s President and his delegation, including the foreign minister, might not attend the UN General Assembly, as they still did not have US entry visas.

This came amid escalating tensions between Iran and the US. The relations substantially worsened last year after US President Donald Trump withdrew his country from the 2015 nuclear agreement with Iran and began re-imposing sanctions. In May and June, Washington blamed Iran for a series of security incidents, including attacks on tankers in the Gulf of Oman, and has built up its military presence in the Middle East. Most recently, Washington said that Iran was behind Saturday's attack on Saudi Aramco's oil facilities. Iran has rejected the allegations and accused the United States of trying to find a pretext for conflict.