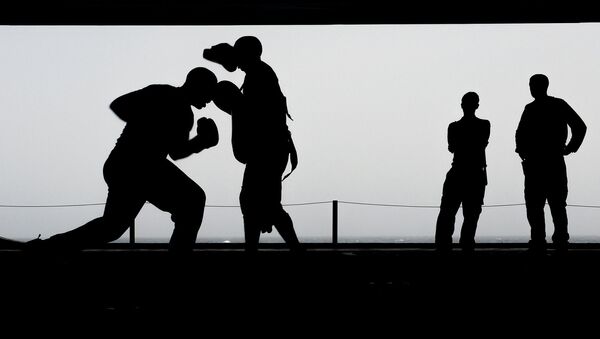 The final blow was apparently so powerful that it immediately put Ramos' opponent out of action, with the referee ending the fight without even starting the count.

An 18-year old boxer named Jesus Ramos made a spectacular televised debut during his bout with Rickey Edwards at the Rabobank Arena in Bakersfield, California, dispatching his opponent via what the Boxing Scene described as "a Knockout of the Year contender come award season."

The match ended at 2:40 of the third round when Edwards ended up being floored by Ramos’ left hand strike, with the referee immediately ending the contest.

​The victory sets Ramos’ record at 11 wins (ten of them via KO’s and TKO’s) and zero losses.