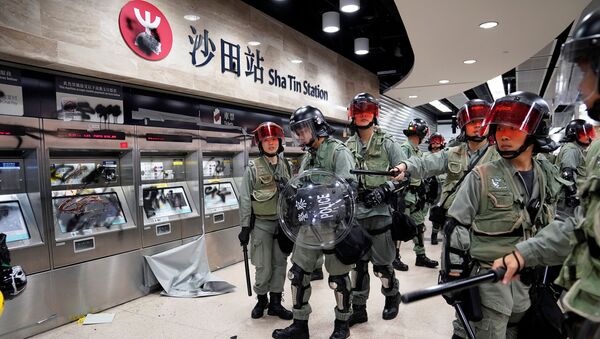 BEIJING (Sputnik) - This is the 16th straight week of massive anti-government protests sparked off in early June by an unpopular extradition law, which has since been completely withdrawn, but calls for strikes continued.

They erected and set on fire barricades outside the shopping centre. Others stomped on the Chinese national flag before putting it into a trash can and throwing it into the river.

Riot police moved in and deployed tear gas as mall chaos escalated. Demonstrators responded by hurling bricks and Molotov cocktails at the officers. 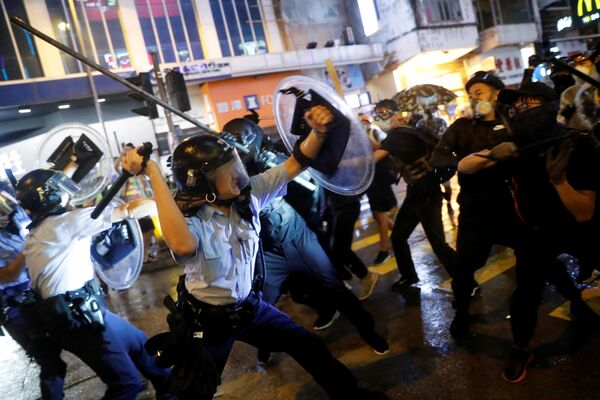 Some protesters split off to ravage the Sha Tin train station where they tried to break up ticket validators, causing police to interfere. Three shopping malls in other parts of the autonomous city were also attacked.

The mass protests in Hong Kong erupted in early June as a reaction to proposed amendments to the city's extradition laws. In early September, Hong Kong Chief Executive Carrie Lam announced her decision to formally withdraw the controversial extradition bill.

However, protesters said that they would continue rallying until she met their remaining demands, which include ending legal procedures against fellow demonstrators and launching an investigation into police violence.