Germany’s Chancellor, Defence Minister Slammed for Taking 2 Flights to US Amid Push to Cut Emissions 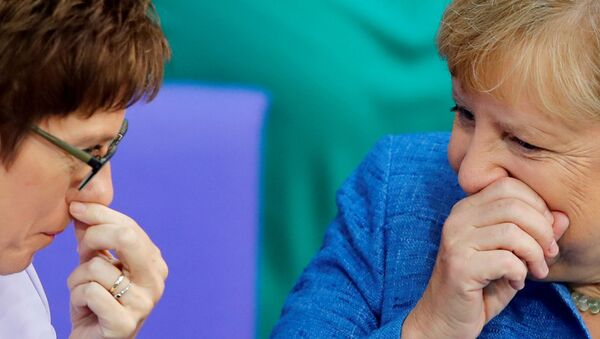 Svetlana Ekimenko
All materialsWrite to the author
On 20 September the German government announced sweeping measures to combat climate change in Europe’s largest economy ahead of next week’s UN climate summit in New York.

German Chancellor Angela Merkel and Defence Minister Annegret Kramp-Karrenbauer will use two separate jets to fly to the east coast of the US, just two days after announcing a major push to cut emissions, the Bild am Sonntag newspaper reported on Sunday.

As two Luftwaffe aircraft will transport the women almost simultaneously, the influential German media outlet levelled criticism at the inconsistency of the two politicians, highlighting the detrimental impact of flying on the environment.

The two were initially set to travel on one Airbus A340 that would first land in New York before continuing to the US capital.

"In the course of planning this trip, we have made every effort to optimise the use of the aircraft."

According to Bild, Kramp-Karrenbauer had booked a ticket to return to Germany on a passenger flight, but the Defence Ministry was informed by the Chancellery that the minister would have to organise other transportation to the US as well.

Flight plans, said the ministry, were decided based on the official's schedule, destination, flight length and the size of the accompanying delegation.

Ironically, Angela Merkel is due in New York at the United Nations climate summit on Monday, where she will confirm her country’s commitment to phasing out coal.

Kramp-Karrenbauer, tipped as Merkel's likely successor, is scheduled to meet with her US counterpart Mark Esper in Washington.

The news comes as on 20 September both Angela Merkel and Annegret Kramp-Karrenbauer unveiled sweeping measures to combat climate change in Europe’s largest economy, including the introduction of a carbon price for key sectors such as transport and a €54bn spending package to encourage companies and households to reduce carbon emissions.

The deal was hammered out Friday after lengthy negotiations and is said to be a political signal ahead of next week’s UN climate summit in New York.

In line with Friday’s package, rail travel will be made cheaper due to a cut in the value added tax, while plane tickets will be taxed more heavily; heating systems running on oil will be banned from new buildings from 2026; vehicle taxes will be steeper for heavily polluting cars, while electric vehicles will be favoured. 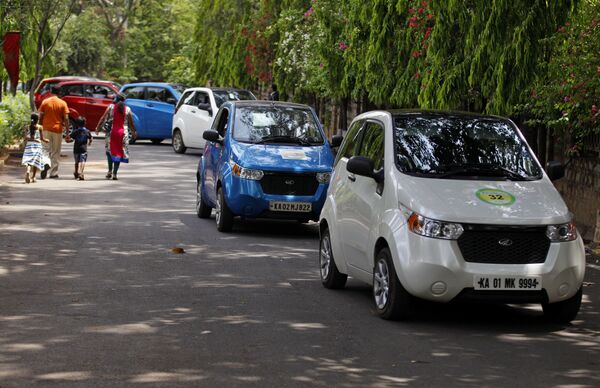 The deal received its share of criticism, as environmental groups and economists took issue with the relatively low carbon price imposed by the government.

Merkel defended the new carbon price regime, reported Financial Times, pointing to the risk of a political backlash against reforms that are set to affect tens of millions of homeowners and motorists.

“We have to bring the people along with us,” Merkel was quoted as saying.

Merkel and her colleagues hailed the agreement as a breakthrough, with Environment Minister Svenja Schulze describing it as a “new beginning for Germany’s climate policy”.

Germany is the sixth-largest emitter of CO2 emissions in the world, accounting for about 2 percent worldwide.

Merkel and her government have been under intense political pressure to step up their efforts in the fight against climate change in recent years.

Germany is currently in the process of phasing out both nuclear power and coal power, investing hundreds of billions of euros in the shift to renewable energy. Yet over the past decade, carbon emissions have barely fallen, with the government scrapping its climate targets for 2020 after failing to cut emissions as much as promised. 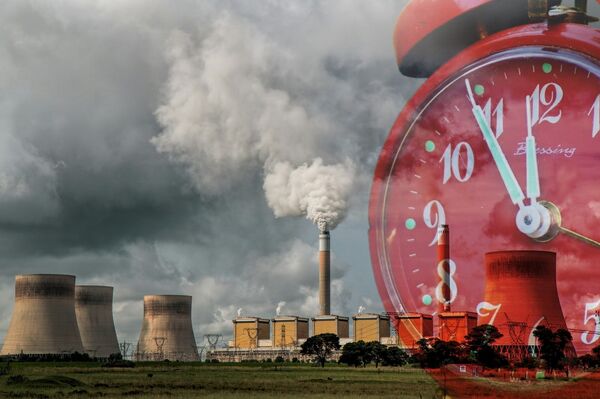 Friday’s deal is looking to get Germany back on the ‘green’ track, to ensure it is able to meet its 2030 climate target to reduce carbon emissions by 55 per cent from 1990 levels.

Berlin also formally commits itself to make the German economy carbon-neutral by 2050.