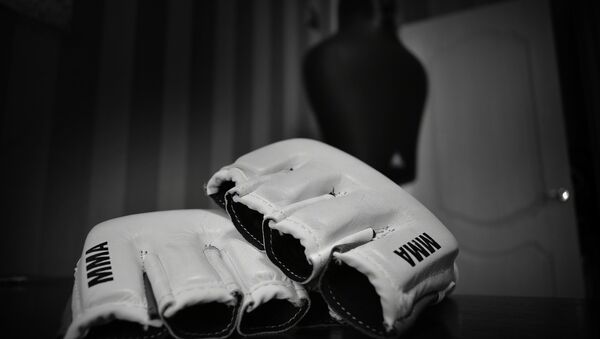 CC0 / AV_Photographer /
Subscribe
Despite being driven under a desk by a sudden barrage from angry fans, the commentator didn’t abandon his job and continued describing the situation from his defensive position.

UFC commentator Brendan Fitzgerald ended up doing his job at Mexico City Arena on Saturday night while seeking shelter underneath his desk when the featherweight fight between Yair Rodriguez and Jeremy Stephens ended in a no contest less than half a minute after it started due to the latter fighter suffering an eye poke.

Fitzgerald had to resort to this tactic after members of the audience, apparently unhappy with this resolution of the much-anticipated bout, started throwing “bottles, cans and pretty much anything that wasn’t nailed down” towards the cage, as MMA Junkie put it.

LMFAO! Brendan Fitzgerald hiding under the desk from the Mexican fans is too much😂😂😂 #UFCMexico pic.twitter.com/rzQKh1VxIO

​The commentator, however, did not abandon his job and continued describing the unfolding events from his defensive position, while his colleague, former UFC middleweight champion Michael Bisping, captured the scene on camera.