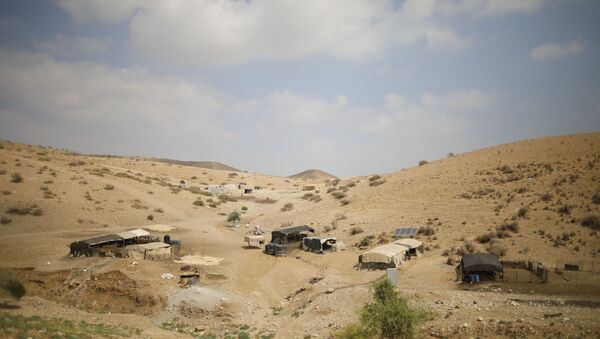 The Edomites have long been thought to be poorly organised nomads, with the theory generally underpinned by biblical studies, but now their social structure and work appear to have been much more sophisticated than thought before and importantly, they were found to have emerged as a nation as early as is stated in the Bible.

Researchers believe they have spotted evidence that an ancient biblical kingdom on the border of Israel and Jordan was much more technologically advanced than had been previously thought.

Separately, the Edomites, a people inhabiting the kingdom of Edom, founded by Jacob’s brother Esau and his descendants, per Genesis Chapter 36, were found to have emerged as a nation right at the time recorded in the Bible, despite earlier suppositions it happened 300 years later.

In a newly-published PLOS One article, “Ancient technology and punctuated change: Detecting the emergence of the Edomite Kingdom in the Southern Levant", a team of scientists headed by Tel Aviv University’s Prof. Erez Ben-Yosef and Prof. Tom Levy illustrates how the Edomite mining system took an overwhelming technological leap in the late 10th century having analysed metallurgical debris samples.

“Using technological evolution as a proxy for social processes, we were able to identify and characterise the emergence of the biblical kingdom of Edom", said Ben-Yosef, stressing the timing appeared to be fully "in accordance with the biblical description".

Those who the Edomites residing in the rich Copper Valley actually owed their technological boom to were also mentioned in the study: this is the neighbouring Egyptians, who were assumed to have relied on the local Timna mine (in Israel) as their closest source of precious copper.

Ben-Yosef assumed the Egyptians could have come to the region not to conquer after all. Being an already weakened empire at the time, “Egypt didn’t destroy, but it was a catalyst for tech improvement".

The previous bias of the “simple” tent-dwelling Edomite is a misconception rooted in biblical studies, the scientist suggested adding they proved to have a complex social and political hierarchy, which is not characteristic of typically nomadic people.

Having survived several epochs, like the Babylonians, Alexander the Great, etc., the Edomites then assimilated with the Israelis, the study concludes.

This summer, archaeologists discovered a key site that could help solve the mystery of the battle of David and Goliath - an ancient settlement right under the already unearthed Philistine city of Gath, believed to be the mammoth warrior’s birthplace.