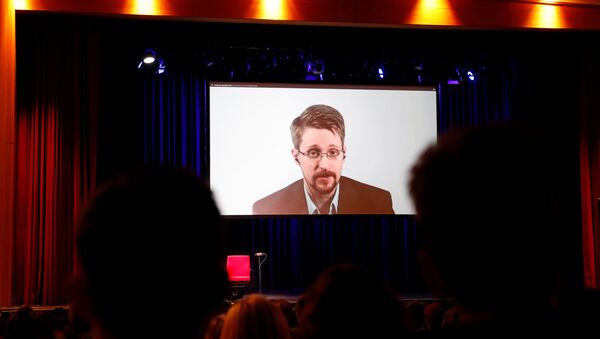 According to Gerhard Baisch, the German government, like the governments of other European states, believes that it is better not to get involved with former NSA employee Edward Snowden so as not to incur the wrath of the United States. Baisch is a member of a special commission that in 2013 awarded Snowden the so-called “Whistleblower Prize”.

Baisch recalled that the European Parliament in October 2015 had stated that "we should be grateful to Snowden and offer him asylum in Europe. He needs an effective level of protection, he needs to be well protected, and EU countries must guarantee him protection. He is a human rights defender. The EU adopted this decision by a majority vote. But the European Commission did not put it into practice".

In addition, the lawyer said:

"After the NSA scandal, the parliamentarians repeatedly demanded that ‘something needs to be done’, but the governments of different countries did not pay attention to these warnings and did not take any serious steps. This is the essence of the problem. We see parliamentarians (including in the Bundestag where recently such voices are heard more often among the Greens and representatives of the Left Party) who are in favour of accepting Snowden and giving him protection. At the same time, the government completely rejects this idea. Including, unfortunately, representatives of the SPD (the Social Democratic Party of Germany)".

In an interview with Germany’s Die Welt, the American whistleblower said he was still in Moscow because of the inaction of Western governments.

Baisch gave an example of US sanctions against Iran to demonstrate this.

"From the perspective of international law, they are inadmissible, because no one came out of the nuclear agreement, and contradicts UN resolutions. However, the United States requires other states to withdraw from the agreement and violate international law. And Europe does not dare to oppose these sanctions. It knows that whoever is under the 'nuclear umbrella' is a vassal".

According to the lawyer, who is also deputy chairman of the IALANA (the International Association of Lawyers against Nuclear Arms) in Germany, the federal government is "shaking its knees".

"In the case of Iran, the International Court of Justice said that humanitarian supplies, medicines, and other basic necessities can be sent there. But there is no bank in Europe that would be willing to finances this. We see unprecedented dependency. They want to trade and not have problems. This is especially difficult for the Federal Republic because it is an exporting country and lives off of international trade. And this desire to avoid conflict is now very noticeable".

When it comes to Snowden, Baisch, by his own admission, regrets very much that Germany is so divided on the matter.

The Free Democratic Party (FDP) Vice Chairman Wolfgang Kubicki believes that Snowden should never be allowed to come to Germany because an international arrest warrant was issued, and so this would be an unfriendly gesture towards the United States. "That is not legally correct. From a legal point of view, the federal government can, of course, promise Snowden, if he applies for asylum, that he will receive a positive response. It is quite possible". 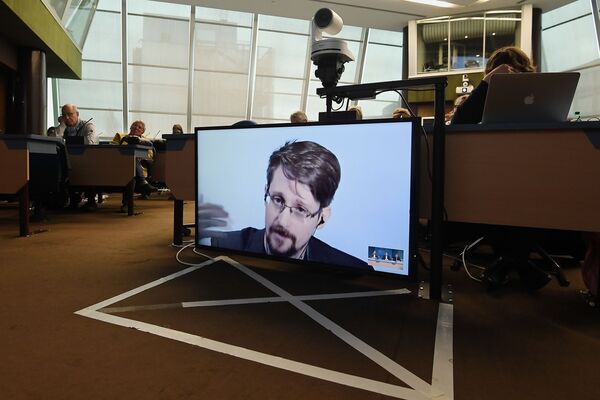 Former US National Security Agency (NSA) contractor and whistle blower Edward Snowden speaks via video link from Russia as he takes part in a round table meeting on the subject of "Improving the protection of whistleblowers" on March 15, 2019, at the Council of Europe in Strasbourg, eastern France
© AFP 2022 / FREDERICK FLORIN

This, according to the lawyer, is also possible if there is an arrest warrant. This would, of course, be a different question: should anyone extradite someone on the basis of an arrest warrant? "But if you give consent to so-called political persecution (and it is about him), there will be a host of additional circumstances in favour of granting asylum to Snowden. If this finally happened, it would be great. Germany has reason to be especially grateful to Snowden for his revelations because they largely concerned Europeans - after all, they, and not US citizens, were the main victims of espionage".

So Europeans may very well give Snowden refuge. "Unfortunately, in Germany this point of view is unpopular, and in recent days the old arguments against, especially from the CDU and FDP, have been heard again".

On 17 September, an autobiography of the American whistleblower and former NSA officer Edward Snowden was published in Germany under the title Permanent Record: My Story. In his book, Snowden talks about how he had a conflict with his own conscience, and how he tried to fight against the NSA’s "wiretap" system.