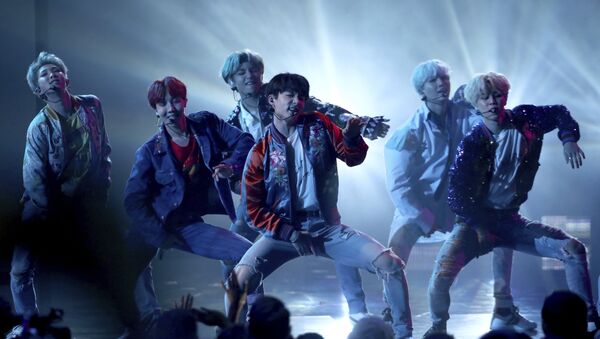 Although the K-pop kings have managed to build their own BTS Army, which is, ironically, the nickname for their international fandom, there is no legal way for them to avoid conscription, which is mandatory for all men aged between 18 and 27 in South Korea. Evasion is punishable with a prison term or a ban on travelling abroad.

South Korea’s Ministry of Defence has disappointed the K-pop idols’ fan base, BTS Army, by revealing that there is no loophole for the stars to be exempted from compulsory military service, meaning they would have to leave the public spotlight for a period of 18 to 22 months, depending on the type of service.

“The Ministry of Defence is currently debating with related authorities on improving the current alternate service [programme] in place of conscription, but nothing has been decided as to when a change may take effect”, the army official said, as cited by the Hollywood Reporter.

The legislation, which has been in place since 1957, obliges South Korean men aged between 18 and 27, to complete this military service. Some male citizens can receive exemptions, however. The winners of international arts or athletic competitions, including Olympic medallists and classical musicians who have won international awards, are eligible to get around conscription.

Young men who have serious health issues or extreme personal financial problems, for instance, or a responsibility to provide for challenged family members, could also be exempted. None of these exemption rules, however, can be applied to the BTS stars.

Their fan base, which is referred to as the BTS Army, has been begging officials to grant their favourite artists an exemption from service, as the band’s oldest member, Jin, is approaching his 27th birthday this December. If he does not sign up for service without providing reasons for an exemption, he could face punishment, including a foreign travel ban and even imprisonment. His six bandmates will have to deal with similar career complications within the next few years.

However, some fans seem to have come to peace with the situation, searching for ways to overcome this with minimal damage. They have come up with the idea that all BTS members should serve together and even launch a Change.org petition, suggesting that they could be enlisted together.

“If all of the members can be enlisted together and return in two years, it will save them time and help their careers”, the petition, which has garnered over 20,000 signatures, says.

As for the BTS members themselves, they have been eager about the idea of serving their country.

"As a Korean, it's natural, and someday, when duty calls we'll be ready to respond and do our best", Jin told CBS Sunday Morning earlier this year.