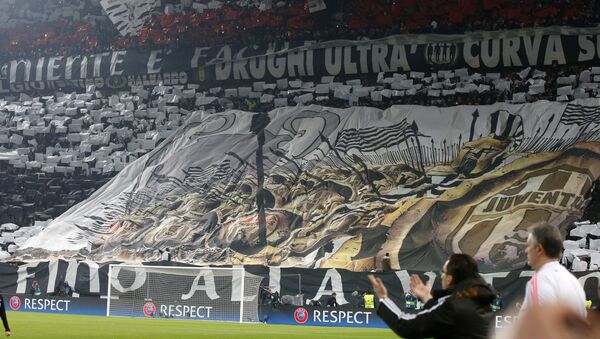 Tim Korso
All materials
One of the leaders of the Juventus ultras promised that his group would "take back what is ours", as the fan associations are expected to boycott upcoming games in one way or another.

Juventus ultras groups have issued threats to unleash a "civil war" on their own football club at the upcoming game in Verona on 21 September over the recent arrests of their leaders, the Daily Mail reported. The arrests of 12 people from their ranks followed suspicions of private violence, money-laundering, and extortion.

Twelve Juventus 'ultras' have been arrested over allegations including blackmail and extortion.

The latter suspicion was reported by Juventus FC itself, which confirmed that ultras groups have been blackmailing the club for free tickets by threatening to sing racist chants during matches. Such acts could possibly result in sanctions being applied against Juventus due to misconduct of its fans.

According to Gazzetta dello Sport, one of the ultras leaders vowed that they would "take back what is ours" in the coming match. Some of the Juventus ultras fans are reportedly expected to either ignore the game or shout insults at the club during the match.