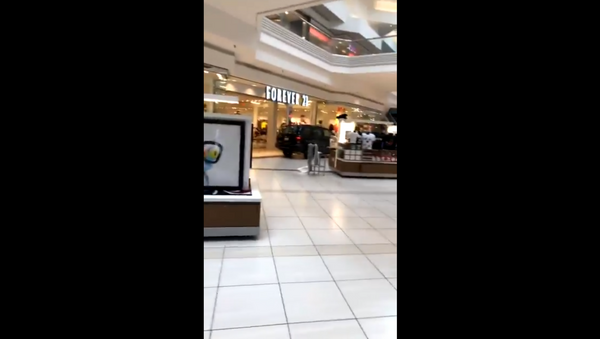 Local law enforcement officials in Illinois detained one individual at a Chicago suburb mall on Friday after cellphone footage surfaced, showing a driver smash through the shopping complex's first level.

The incident, which unfolded at the Woodfield Mall in Schaumburg, Illinois, has not resulted in any injuries or fatalities, according to local media outlets.

Cellphone footage shared on social media shows a black SUV plowing its way past several mallgoers near the location of a Forever 21.

The mall was subsequently evacuated by officers after the unidentified suspect was taken into custody.

In a statement released on Twitter, the Village of Schaumburg explained that the matter is still being investigated and that local residents are urged to steer of the area at present.

An update from the Village of Schaumburg, officials confirmed that the male driver was in police custody.

​The FBI Chicago branch tweeted shortly after news of the incident surfaced, saying that it is aware of the incident and that agents would be assisting local law enforcement officials into their investigation. Additionally, the release noted that "there is no further threat to public safety."