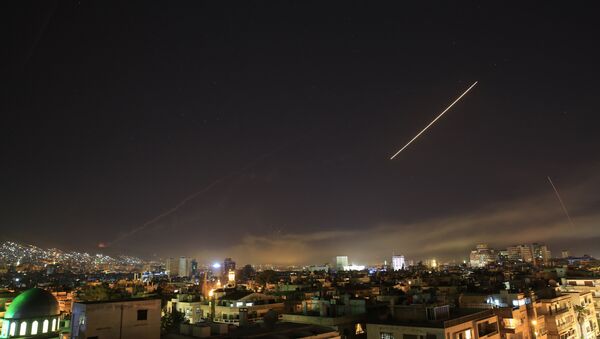 MOSCOW (Sputnik) - An unidentified unmanned aerial vehicle was destroyed over the city of Akraba southeast of Damascus, Syrian state television said on Thursday.

According to a Sputnik correspondent, several explosions were heard in Damascus and its suburbs at about 20:05 local time (17:05 GMT).

Akraba is located about 10 kilometres (6 miles) southeast of Damascus on the way to the city’s international airport.

Syria has been in a state of a civil war since 2011, with the government forces fighting against numerous opposition groups as well as militant and terrorist organisations. Along with Turkey and Iran, Russia acts as a guarantor of the ceasefire in the Arab republic. Moscow has also been providing humanitarian aid to residents of the crisis-torn country.